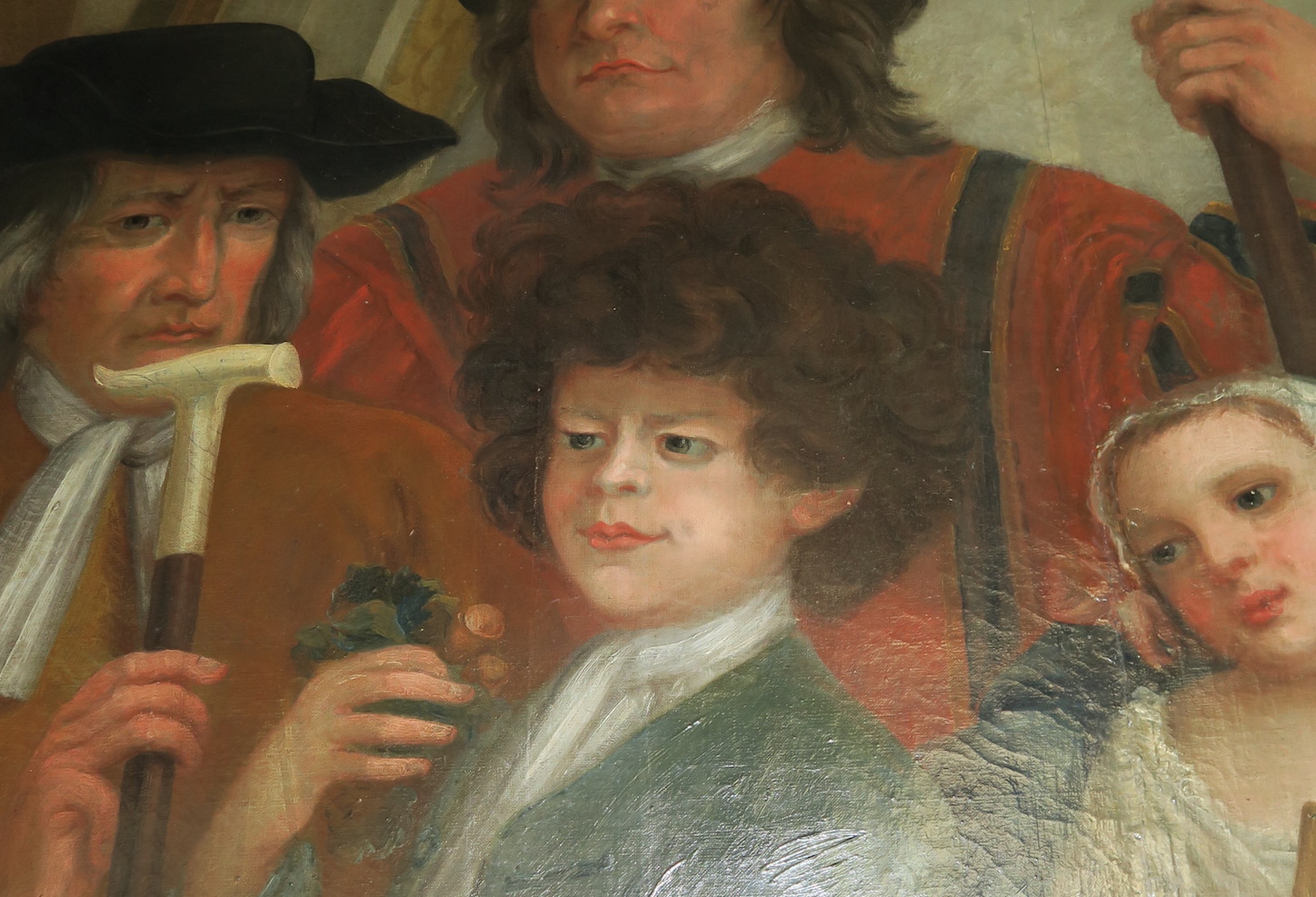 Welcome to the second of my series of blogs about life across the ages at Kensington Palace.  Last time, I introduced you to the court of George I and for me, one of the most compelling and captivating characters from that time is Peter the Wild Boy.

Brought to the royal court in 1726, Peter, a boy thought to be aged somewhere between 11-14 was found wandering naked and incoherent in woods near Hanover, Germany.  George was captivated by the boy, treating him kindly if insensitively as some kind of court pet.  Unable to speak, he scrambled around on all fours, refused to wear clothes and threw his food around.  He became a kind of side-show used for the amusement of visitors to court.  Attempts were made to civilize him: he was forced to wear clothes, invited to dine with the King and was assigned a tutor to teach him to speak.  It was a daily battle to get him into the clothes and he was certainly never able to dress himself, George became increasingly horrified by his lack of table manners, he failed to learn how to speak although he appeared to understand what was being said to him and each night he preferred to curl up to sleep on the floor rather than sleep in the bed provided for him.

Peter was, however, a lot more than a sideshow.  He was firmly ensconced as a member of the royal household and was treated with some affection by the King and his family, even if sometimes insensitively; a wax figure of him was exhibited in the Strand and the king commissioned William Kent to paint a portrait of Peter along with other members of the Royal Court which can still be seen today on the east wall of the King’s Staircase at the Palace.

This was also the Age of Enlightenment, otherwise known as the Age of Reason, an intellectual, philosophical, cultural, and social movement which spread across Europe and which signalled an enormous shift away from the fervent religious devotion and cruelty which marked the thousand years of the Middle Ages. Peter became an important symbol in the debate about what it meant to be human and what differentiated us from animals; and raised a number of philosophical questions linked to religion, authority and the presence of souls. Celebrated writers wrote about him, including Gulliver’s Travels author Jonathan Swift and Daniel Defoe who described him as an “object of pity”.

Of course, Peter’s star eventually waned and the novelty of his bizarre behaviour wore off as it became increasingly obvious things were not going to improve.  Shortly after George I’s death, Peter was passed into the care of a family of farmers in Hertfordshire who was paid to look after him and had affection for him.  Others who were ‘different’ like him often ended up as part of the freak shows which were a popular feature of markets and circuses in Georgian England. Due to Peter’s propensity to wander off – in 1751 he spent more than 2 months in prison after being arrested in Norwich for vagrancy – he was eventually fitted with a collar which had the message:

“Peter the Wild Man of Hanover. Whoever will bring him to Mr Fenn at Berkhamsted shall be paid for their trouble”

engraved on to it, just like a dog’s collar.  The collar can still be seen on display at Berkhamsted Collegiate School. 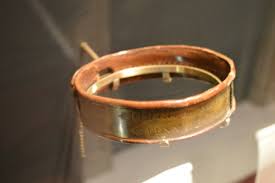 Peter was never forgotten by the royal court. He continued to receive financial support from the crown through three monarchs over a period of 60 years until his death in 1785 when he was around 72 years old.  Peter’s grave can still be visited today in the cemetery of St Mary’s Church in Northchurch, Hertfordshire.  Inside the church, there’s a brass plaque on which his portrait and a brief description of his extraordinary life is engraved.  In 2007 a blue heritage plaque was commissioned for the Wild Man pub in Bedford Street to commemorate Peter’s association with the city.

The postscript of this story is actually quite a sad one.  Far from being simply the feral boy he was taken for, it is now widely believed that Peter was actually suffering from a condition known as Pitt-Hopkins Syndrome, a very rare genetic condition with severe neurological effects.  Only identified as recently as 1978, sufferers have a number of characteristics which Peter is shown to have shared in contemporary portraits and reports written: his short height; his thick curly hair; his lack of speech, his distinctive facial features including a full, broad cupid-shaped mouth; his awkward gait arising from a combination of low muscle tone and lack of coordination; excitable, cheerful behaviour; and delayed development.

Peter has a very special and unique place in our royal history.  Although we may feel uncomfortable today reading about the way he was sometimes treated and the methods employed to tame him, we have to acknowledge these were different times.  It is clear there was genuine affection towards him from those who cared for him, despite the challenges his behaviour gave rise to, and this was reciprocated by Peter who remained close to his carers.

Indeed, Peter’s story remains one of my favourites for what it teaches us about human relationships as well as Georgian history. 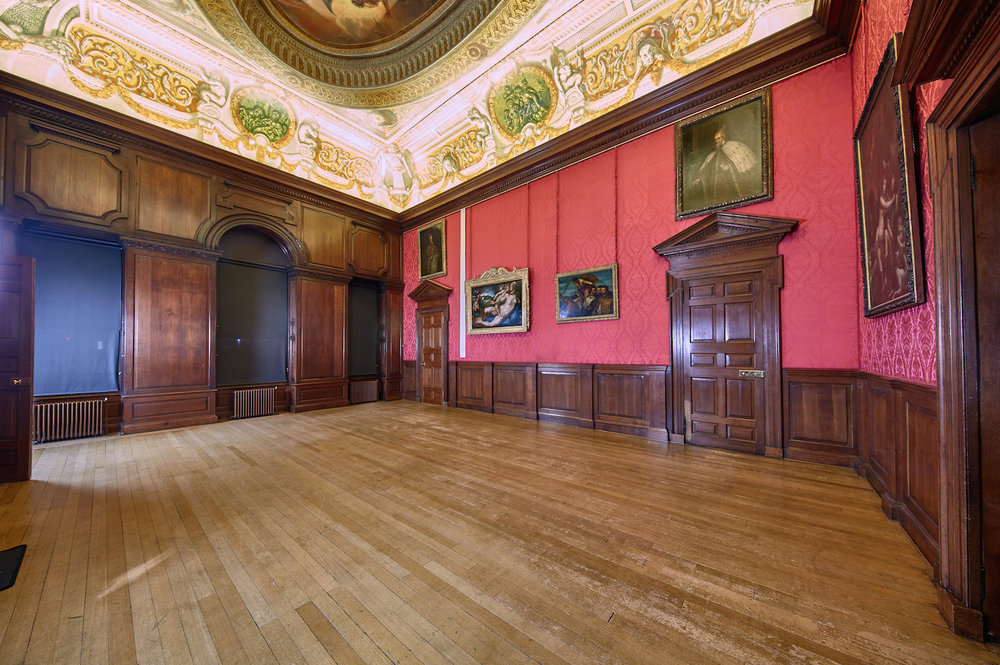