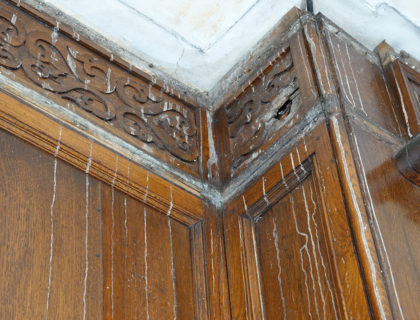 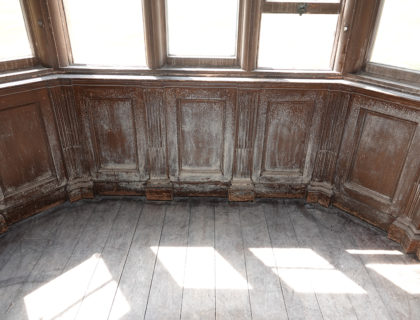 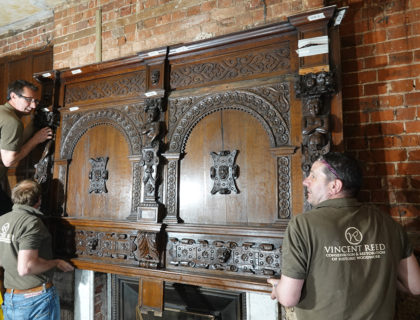 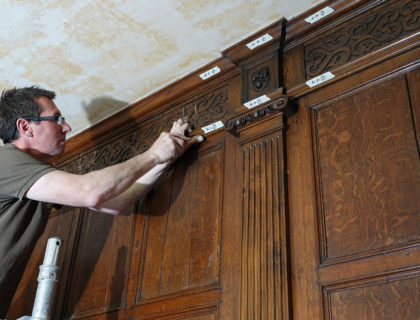 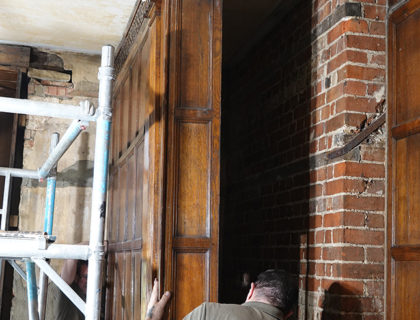 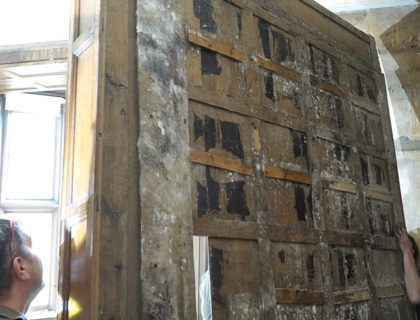 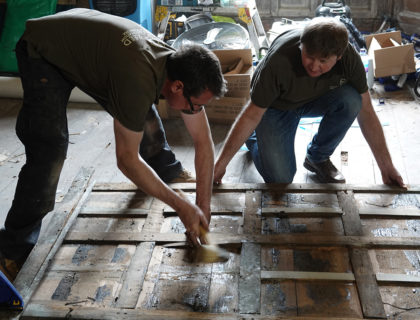 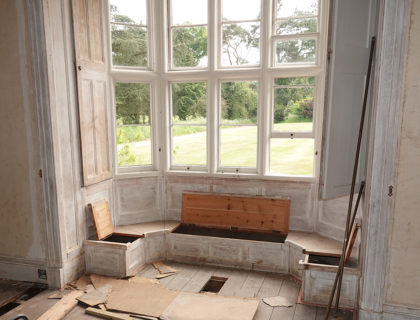 The owners did not discover the catastrophic effects of water cascading through the ceilings of their beautiful Grade II listed home, until they returned from holiday some days later. Aware of the historical and financial implications of inexpert restoration, they commissioned Vincent Reed as leader in this field, to explore the extent of the damage and to make a plan for its conservation that would satisfy both building officers and insurers. Vincent’s target was to fully restore the historic fabric of this fine building and reinstate the room as it was before the flood damage.

The panelling in the dining room and drawing room was cracked and split, showing signs of cupping and warping; it was essential that it should be repaired in an environment where temperature and humidity could be controlled: so the decision was made to remove it completely and transfer the timbers to our workshop in East Sussex, where they could be repaired using the correct tools and procedures. Meanwhile moisture levels could be reduced and monitored in the damaged rooms before the restored panelling was replaced. The panelling in the drawing room was installed in 1845 in new and reclaimed oak, using techniques traditional to that period. However, the floor to ceiling sections taken from the four walls of the dining room revealed a surprising secret: at first sight, the warping and distorted effect the water had made on the panels suggested they were merely veneer. But their construction, now evident on the reverse, told Vincent quite another story. The reclaimed 17th and 18th century oak panels, rails and stile were made of earlier hand worked component parts of uneven thickness and finish, witness to an era when oak was scarce and labour cheap. This presented quite a problem, as some sections were too thin in places to survive the dismantling, drying and reconstruction necessary for their restoration.