After Disaster – Can Ancient Timbers be Restored for Posterity?

Last month marked 35 years since fire gutted 7th century York Minster. Over a thousand years of history contained in a single building was devastated overnight, probably by a lightning strike: crafted stonework was discoloured and reduced to rubble by the heat; priceless stained glass windows were miraculously spared, but disfigured by 40,000 cracks; the ancient oak beams of the vaulted ceiling and roof eventually burnt out and caved in. Total cost: £2.2 million. Very next day, 260 privately grown oak trees were generously offered towards the renovation of this grand old lady of ancient buildings. Understandably, the Church authorities hesitated to use timber again, in light of the fact that the intervening centuries have thrown up a range of newer, potentially stronger construction materials. However, following arguments such as the fact that we had no idea how steel performs over so many centuries, it was decided that what was good enough to last since 637AD, was good enough to use again in 1984, albeit coated in fire retardant plaster in places. Thus four years later the restoration was complete, thanks to a big insurance pay-out, public donation, and the work of many modern stone masons, glaziers and carpenters reviving centuries-old skills and using traditional tools and materials.

It certainly received a cheer from me: the repair and renovation of architectural woodwork and joinery is my life’s passion and with my early roots in antique furniture restoration, I am committed to using only authentic techniques and materials in my quest to give a feature back its beauty. It is a passion that has taken me into old castles and royal palaces, manor houses, and even remote Ethiopian monasteries. Usually, I am called in to advise on, or rectify, the results of gentle neglect; or sometimes, insensitive ‘modernisation’: poor finish, missing parts, damp and infestation. Clients are always thrilled at how the wood responds to treatment and reclaims the colour and glow of a good patina. However, when an historic property has suffered a fire, with resultant water damage; or serious flooding, it can be difficult for the uninitiated to imagine anything beautiful might be salvaged at all.

Last year, I was called in to assess a 17th century manor house in Norfolk, which had suffered extensive damage from a burst tank in the attic while the family were away from home. Several rooms had water damaged 17th and 18th century panelling, oak doors, wide planked floors and window frames, plus ornately carved fireplaces, with timbers that had split, cupped and bowed. I must admit to the untrained eye, it looked like a scene of total ruination – but I was able to liaise directly with the insurers and conservation officers – the house was Grade II listed – and as soon as the go ahead was granted, we labelled each piece and transported a large cargo of water saturated, historic timbers to my workshop in East Sussex. 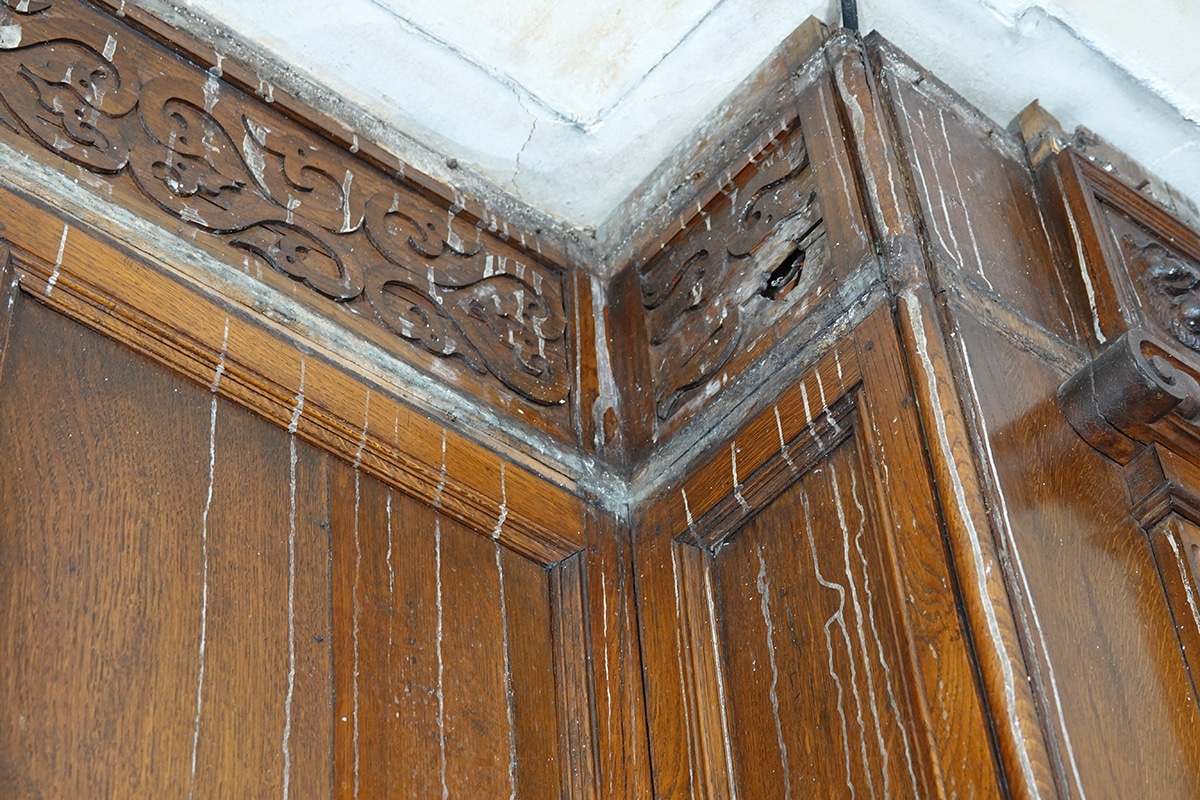 Now, restoring oversized historic rooms full of damaged timber features off site saves the client considerable upheaval and cost. But they are going to want their home habitable again as soon as possible: so waiting half a year for the wood to dry out naturally wasn’t an option. Over a period of weeks, I modified the workshop with insulation to maintain a constant temperature and developed a wood drying kiln, specially designed to take large sections of panelling or long floor timbers, which, after a little trial and error, could dry and straighten historic timbers with a water content as high as 80%, within weeks instead of months. 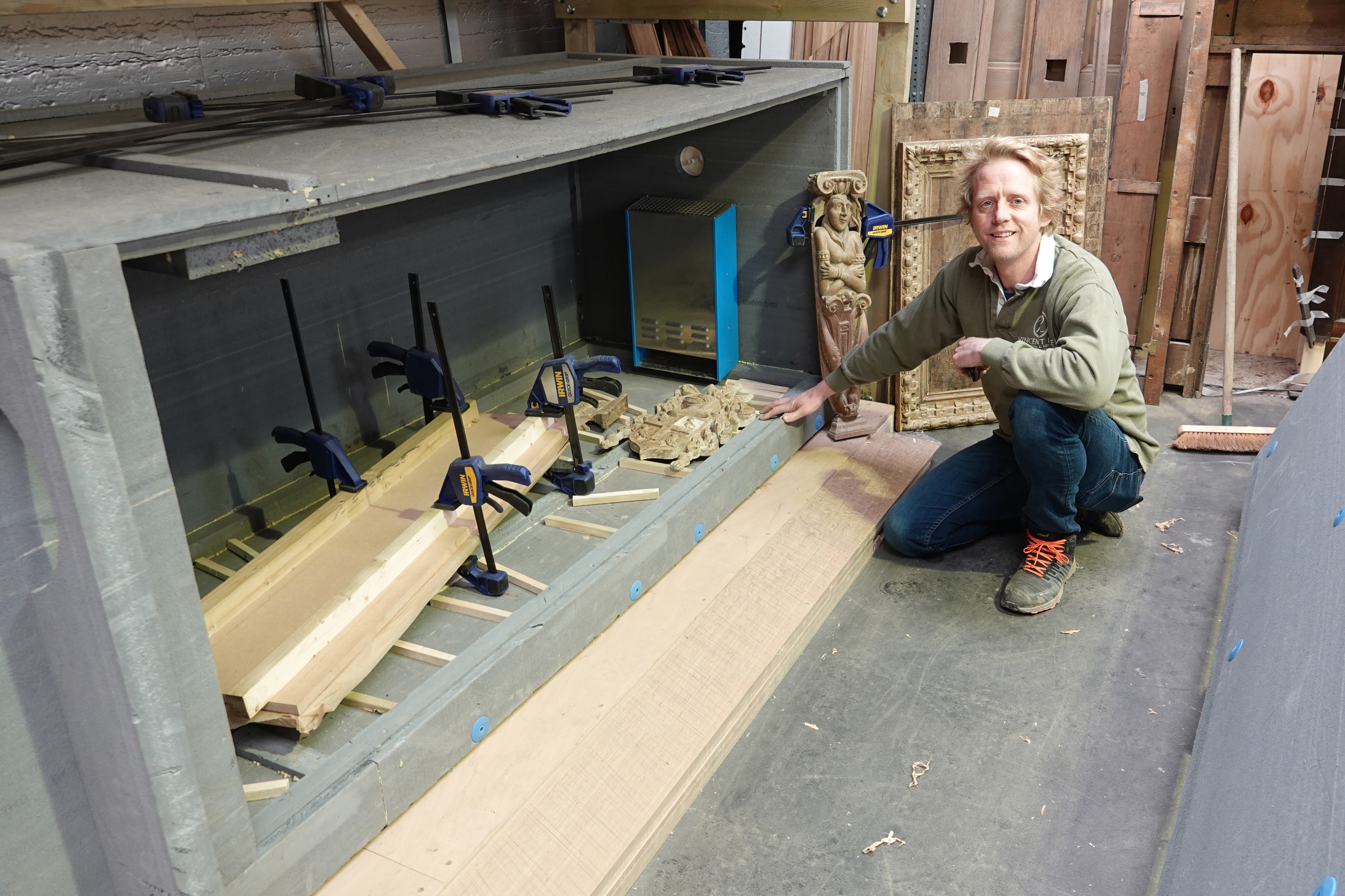 Dismantling features for conservation and restoration is always a journey of discovery, patches of old varnish or paint often revealing the original finish. This job revealed a fascinating history of early recycling: with sections of panelling grafted together from 16th and 17th century panels. Some of it was so thin, we had to get creative again and devise a way of backing the panels with new timbers to keep them intact, whilst maintaining the original surface patina. The real pleasure was to see all our hard work carefully fitted back into position in the manor and given a final finish, recreating their original look. With the sun streaming through reinstated window frames and warming polished oak panelling, it looked fabulous, with no sign of the damage that had been caused: yet still revealing its age and provenance.  How sad that many of the old skills are dying out – a disaster needn’t mean that historic features are lost to posterity or their value destroyed. 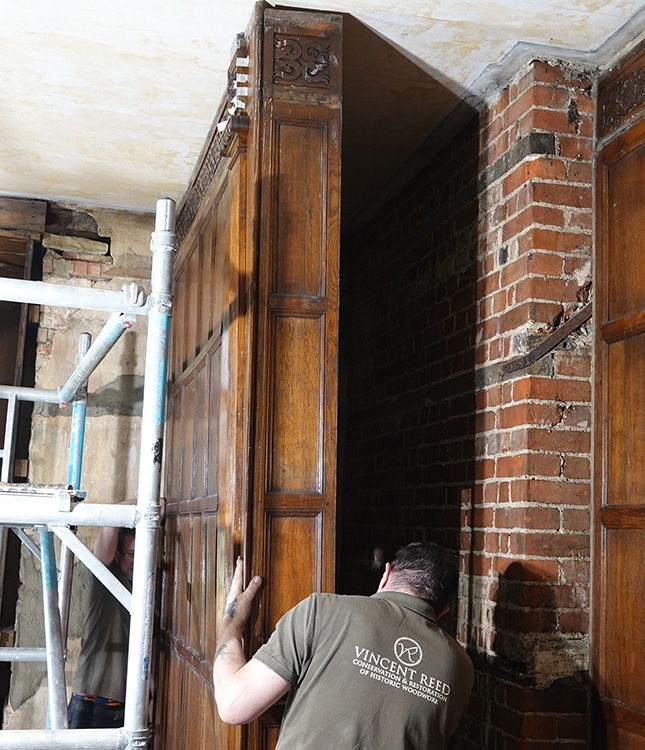 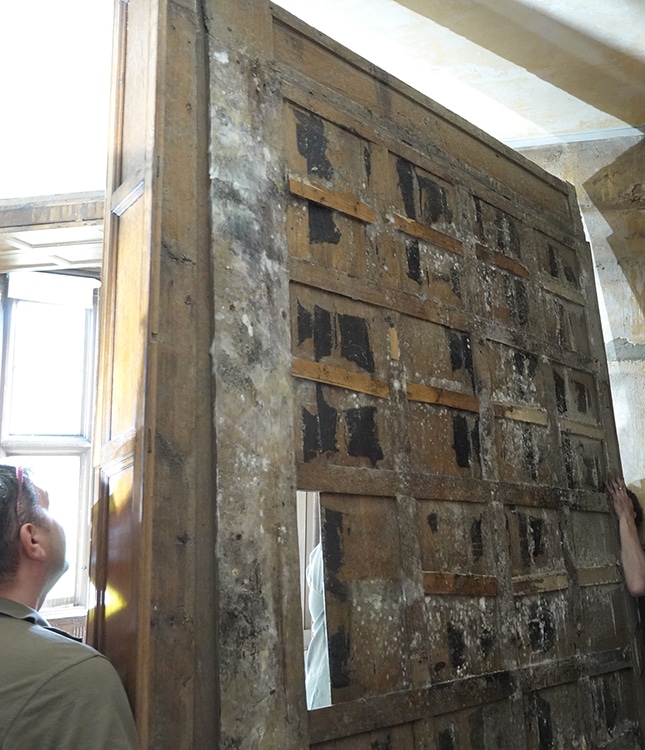 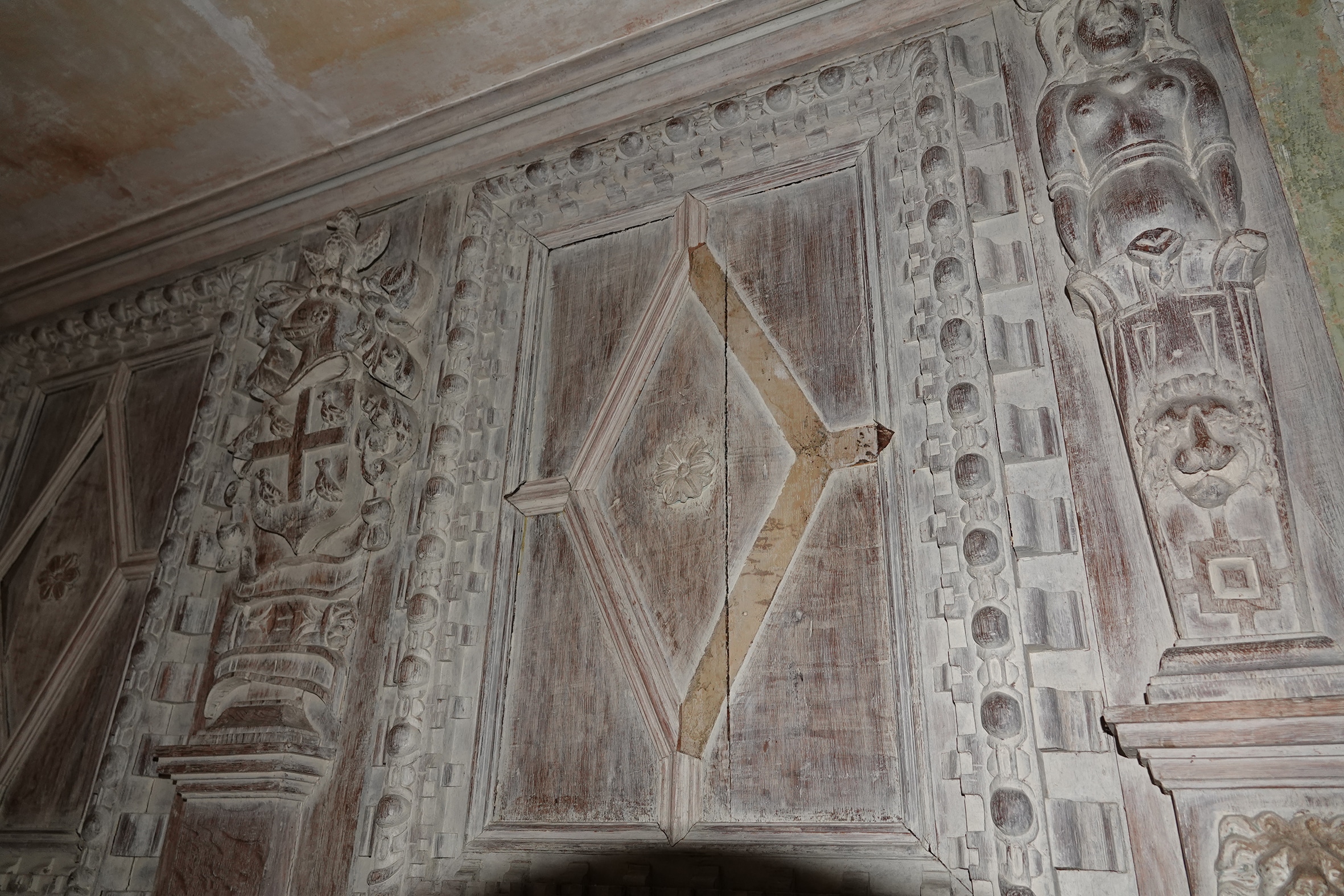 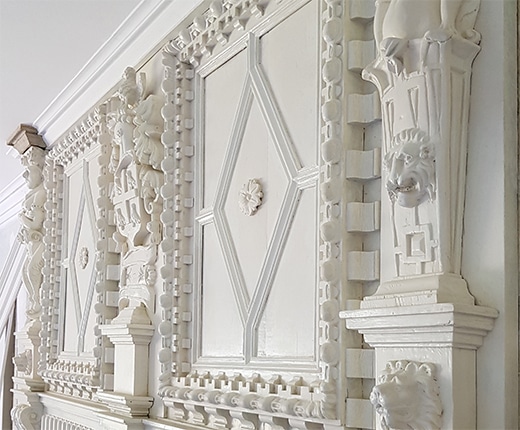