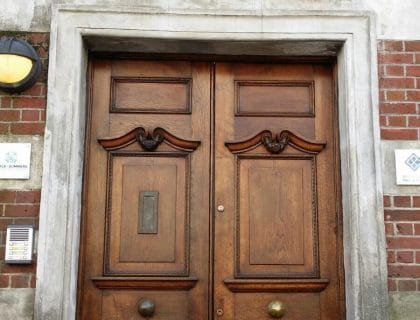 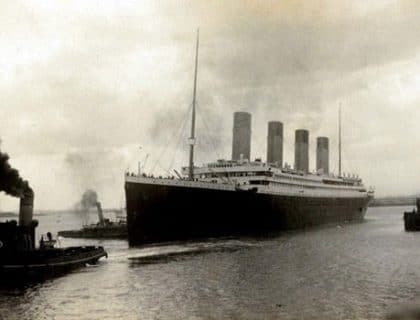 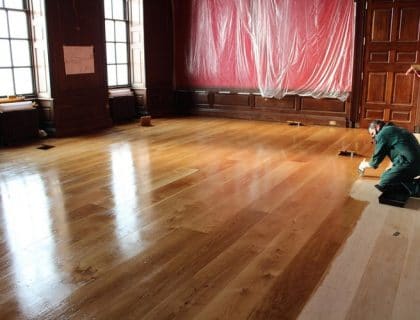 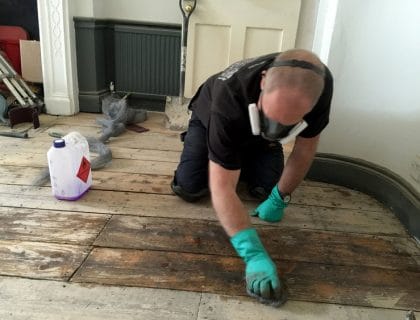 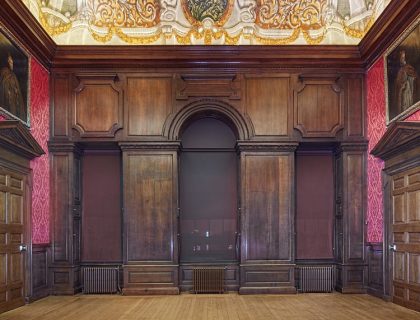 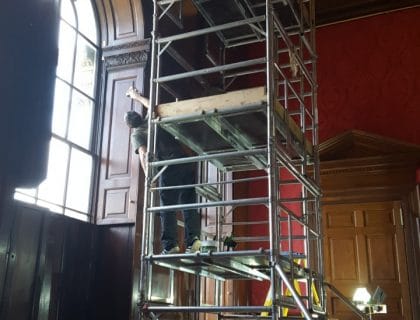 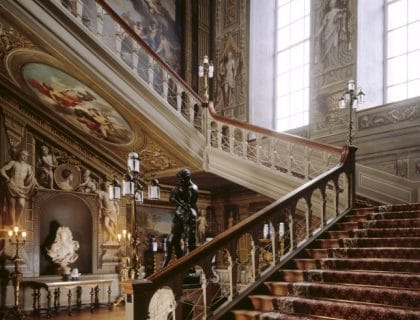 We have just completed our restoration work on the magnificent front doors of one of Southampton’s most famous buildings, Canute Chambers, on the eve of the anniversary of the famous tragic sinking of the SS Titanic.

Canute Chambers was the location of the White Star Line’s Southampton office and it was here in April 1912 that crowds flocked upon hearing of the new of the sinking of the Titanic. The office played a central role as news of the disaster spread, with hundreds of concerned friends and relations of the passengers on board plus curious locals who came to see if their loved ones were included on the list of survivors that were posted on blackboards outside the office.

The exterior doors to the building had become warped and the original finish had deteriorated in the subsequent 105 years since the tragedy, so the current owners asked us to conserve and restore them. We spent a week painstakingly working on the doors to bring them back to their former glory, including removing and replacing mouldings and damaged panelling, removing the existing finish (not the original) and replacing it with a finish that would have been very similar to the original finish and colour.

The doors were in pretty good shape considering their age and usage, but over time the right hand door had warped and they needed careful restoration. We are delighted with the finished result and it has been an honour to have played a role in preserving one of Southampton’s most important and historic architectural treasures.

Southampton’s local newspaper picked up on the story. To read the coverage, click here.