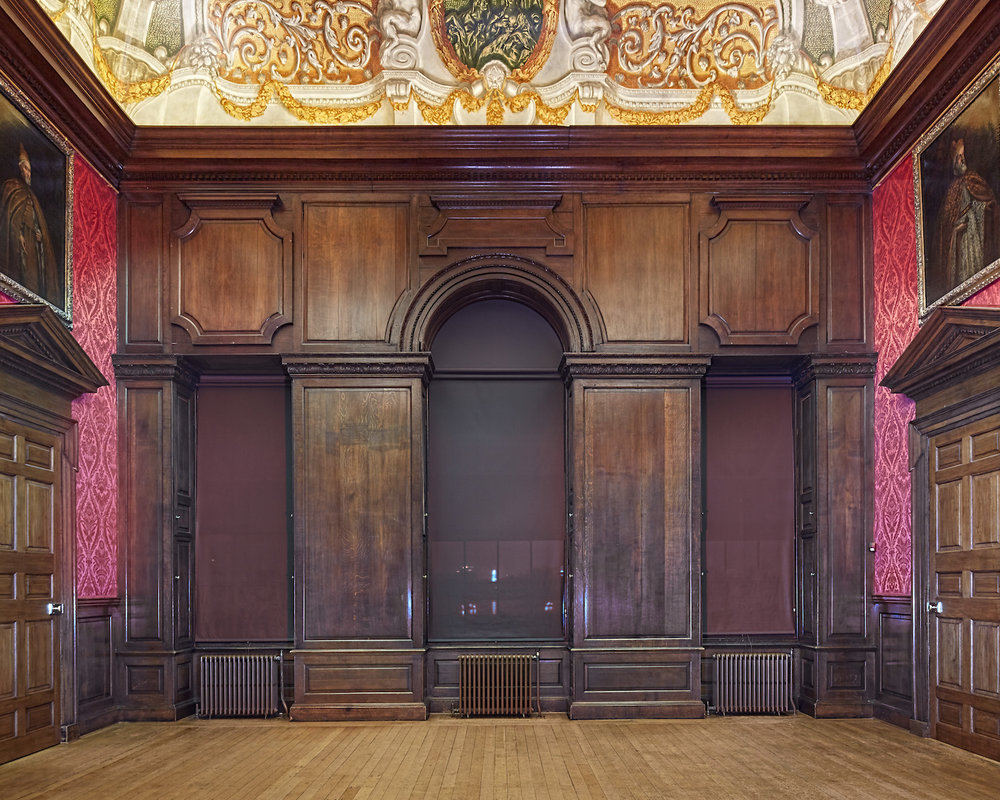 I am delighted that Kensington Palace has invited me to carry out renovations of the oak panelling and flooring in the Cupola Room and the King’s Drawing Room, two of the three state rooms created by King George I in the eighteenth century.  Work begins in September and  What makes this project particularly exciting is that this is the first time these rooms have been restored for nearly 300 years since the king appointed architect and designer William Kent to decorate these rooms for him in 1722.

The King’s decision to appoint William Kent was a controversial one.  At the time he was relatively unknown and it had been expected that Sir James Thornhill, preferred artist of the previous monarch Queen Anne, would continue as the royal painter.

As a designer and architect, William Kent was a disciple of the school of Palladianism, a Greek neo-classical style established by architect Andre Palladio, a plainer, less complicated style than the more ornate and exuberant baroque style favoured by Thornhill.

As is often the case with these things, the decision on who would do the work was also influenced by price – Thornhill quoted £800 to decorate the Cupola Room compared to Kent’s £350 which was itself a considerable amount of money at the time.  When Thornhill realised he was about to lose his position as the artist of choice at the royal court, he offered to match Kent’s price.  George I refused the offer.

This was Kent’s first commission and his work drew a lot of attention and criticism.  When he had finished the Cupola Room, some of his contemporaries took samples of the blue paint with the aim of proving he was using cheap Prussian blue paint to cut costs and was therefore not up to the job bestowed upon him.  This backfired on them when tests showed that on the contrary he had in fact used the extremely expensive Ultramarine blue paint. 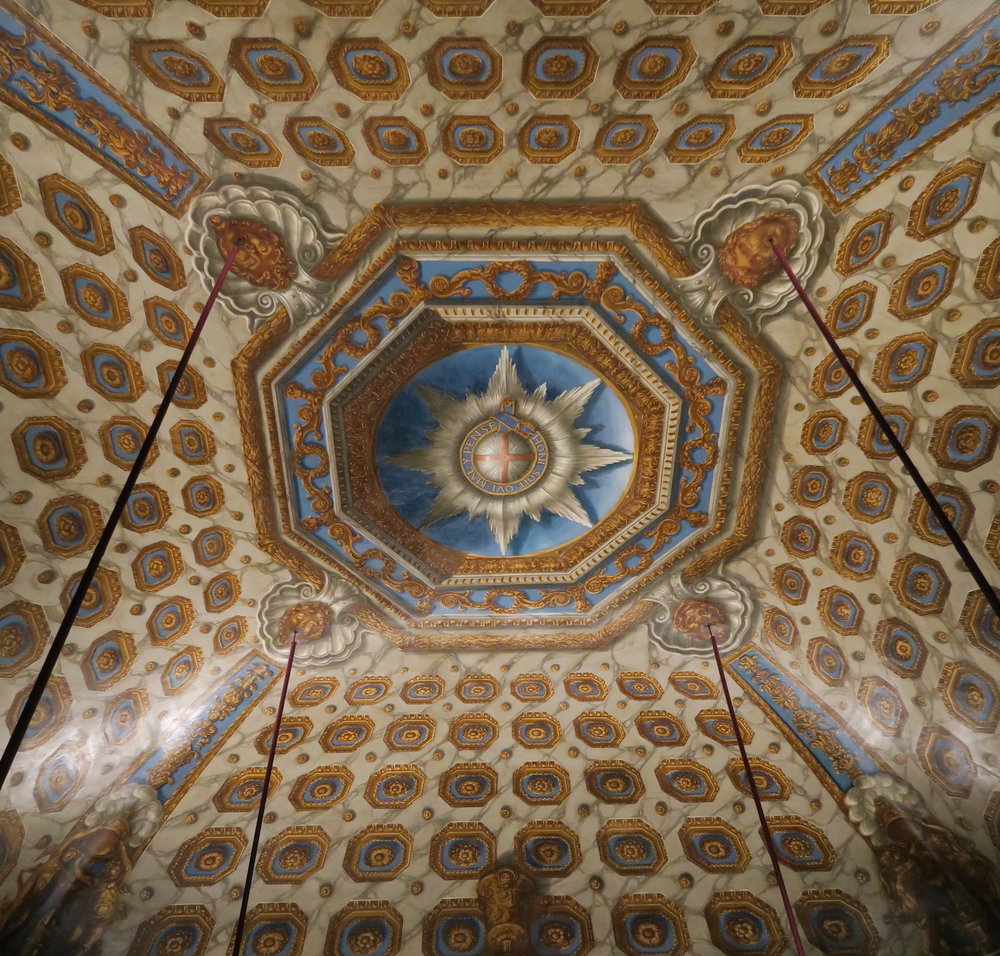 Ceiling in the Cupola Room painted by William Kent 1722

Ceiling in the Cupola Room painted by William Kent 1722

William Kent’s work is distinctive, with its elaborate trompe l’oeil effects on the ceilings and walls and the use of colour to contrast with the white marble, doorways and niches. Photos taken during my field visits show the grandeur and splendour of the rooms – they are truly magnificent and I feel honoured and privileged to be working on them.

As you might expect project of this size take a lot of preparation before work even begins on the restoration.  The Cupola Room, the venue for Queen Victoria’s christening, is widely acknowledged as the most splendid of all the rooms at the Palace.  My work will include removing the lower part of the panelling, the first time this has happened since it was installed, so I will video and photograph it all beforehand and complete a method statement to allow the correct re-instatement of the oak panels and flooring.

In the King’s Drawing Room, the room to which the King would withdraw after completing his royal duties, and where often raucous parties were hosted, my focus is on the conservation of each elevation of the room’s panelling.  Three of them are in reasonable condition, however the east elevation is an external wall and the panels are in very poor condition.  All the panels will need to be removed; by using special jigs I’ll be able to make sure that the re-instated arch is exactly the same shape and in the same position

One of the things I always look forward to when working on site is the opportunity to absorb the history and the atmosphere of magnificent buildings.  I imagine the people who have walked through the rooms, touched the walls, panels, mantles and stair cases.  I think about the people who were born, lived and died there and what their lives were like. I always spend time researching a building’s history to find out as much as I can.  Kensington Palace is no different and over the next few blogs I want to introduce you to some of the people and events which make up its history – there will be stories of joy, tragedy and scandal and I hope you will enjoy them as much as I do.