Born Alexandrina Victoria on the 24th May 1819 at Kensington Palace, Victoria was christened privately by the Archbishop of Canterbury, Charles Manners-Sutton, on 24 June 1819 in the Cupola Room at Kensington Palace. The newborn was 5th in line to the throne and was the daughter of German-born Princess Victoria of Saxe-Coburg-Saalfeld and Prince Edward, Duke of Kent and Strathearn, the fourth son of King George III. Her father and his three older brothers: The Prince Regent, the Duke of York and the Duke of Clarence were all in line for the throne of England before her.

Sadly, just eight months after the birth of his daughter, the Duke of Kent died while staying at Sidmouth in Devon, after a cold turned into pneumonia. Mad King George III also died in 1820 resulting in his eldest son, the Prince Regent, ascending to the throne as King George IV until his death 10 years later. During his reign King George IV’s younger brother, the Duke of York, and next in line to the throne died leaving Victoria heir presumptive to her last surviving uncle, King William IV (1830-1837).

Victoria’s mother was extremely protective and was allowed to dictate her upbringing, raising “Drina” largely isolated from other children under the so-called “Kensington System”. Victoria spent all of her time outside of education playing with dolls and her well-loved King Charles Spaniel, Dash. She showed an exceptional gift for French and Italian, as well as in her drawing and singing classes. As a child Victoria was described as lively, kind hearted and on occasion mischievous. This kind heartedness led to an extremely close relationship with her governess, later adviser and private secretary, Baroness Lehzen which lasted until Victoria married Albert. So close was their relationship that Victoria took to calling Lehzen “Mother” and “dearest Daisy” in private, writing in her diaries that Lehzen was “the most affectionate, devoted, attached, and disinterested friend I have.” Indeed, Lehzen was uninterested in money and power, she instead devoted her time and love to the young princess. 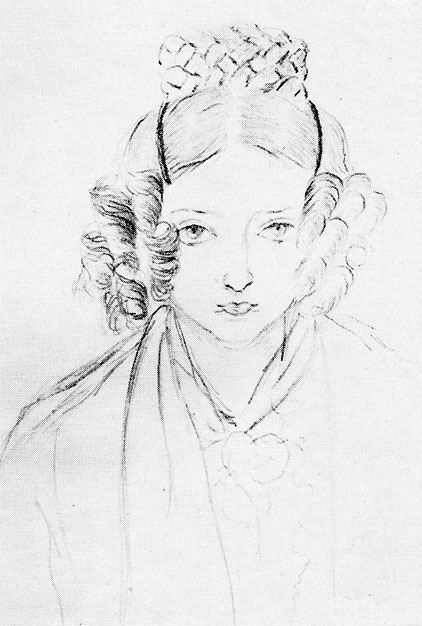 Princess Victoria, a self portrait, dated 1835

Princess Victoria, a self portrait, dated 1835

The Kensington System was an elaborate set of rules and protocols devised by the Duchess and her ambitious and domineering companion, Sir John Conroy. The Duchess of Kent instituted a strict daily schedule for Victoria’s education. Morning lessons began at 9:30 sharp with a break at 11:30. Lessons would resume for the afternoon at 3:00 and would last until 5:00. Her education began at the age of 5 and she studied Greek, Latin, Italian, French and German. At all times Victoria was “under surveillance” and was never left alone. In a palace with plenty of rooms Victoria slept next to her mother and Lehzen would sit with her until her mother came to bed. Such was the control over her every move, young Victoria became lonely and began to resent her controlling mother and the ever present Conroy.

On June 19th 1837 the king fell desperately ill and just after two o’clock on the morning of the 20th June he died, leaving an 18 year old Victoria as Queen of England. The Lord Chamberlain and the Archbishop of Canterbury set off to inform Victoria. The Duchess made the party wait until 6am before waking Victoria. Victoria’s own diary recounted what happened next:

‘I went into my sitting room (only in my dressing gown) and alone and saw them. Lord Conyingham then acquainted me that my poor uncle, the King, was no more, and had expired at 12 minutes past 2 this morning and consequently that I was Queen’.

Three weeks after ascending the throne, Victoria left Kensington Palace and moved into Buckingham Palace with her entire household. Queen Victoria never lived at Kensington again, however two of her daughters, Princess Louise and Princess Beatrice, lived out their later years in apartments located in the Palace. 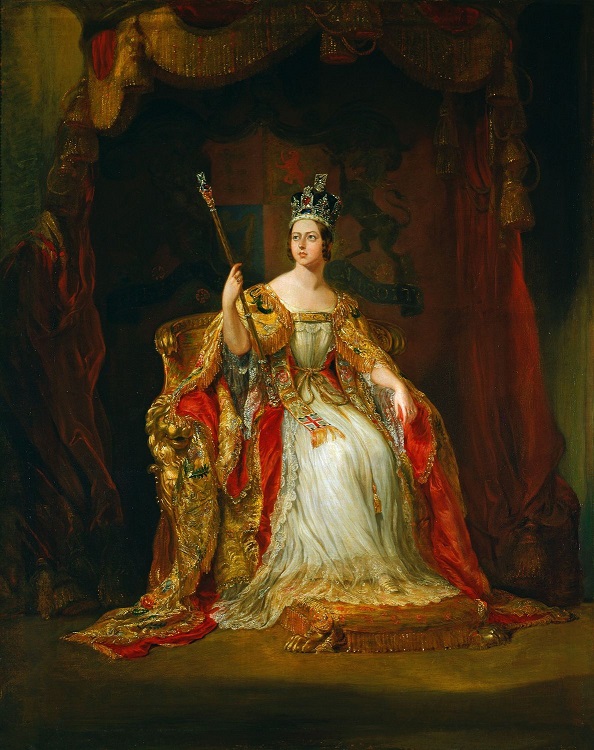