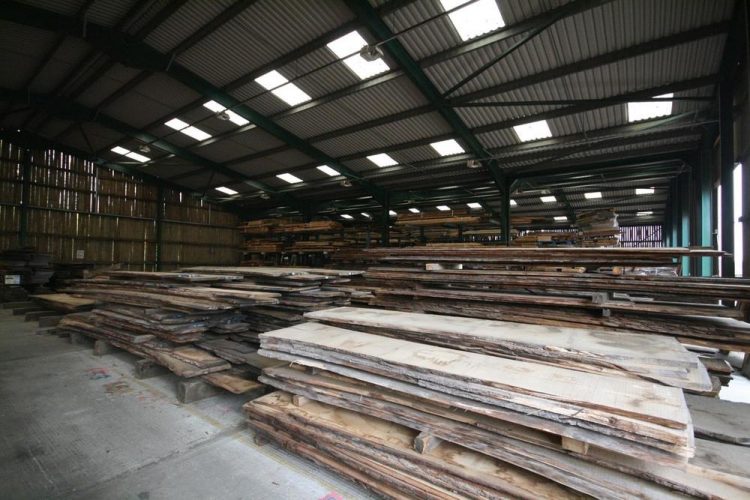 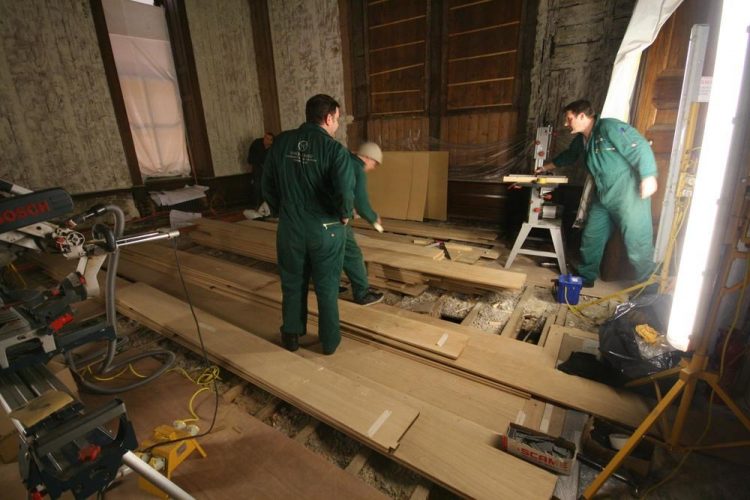 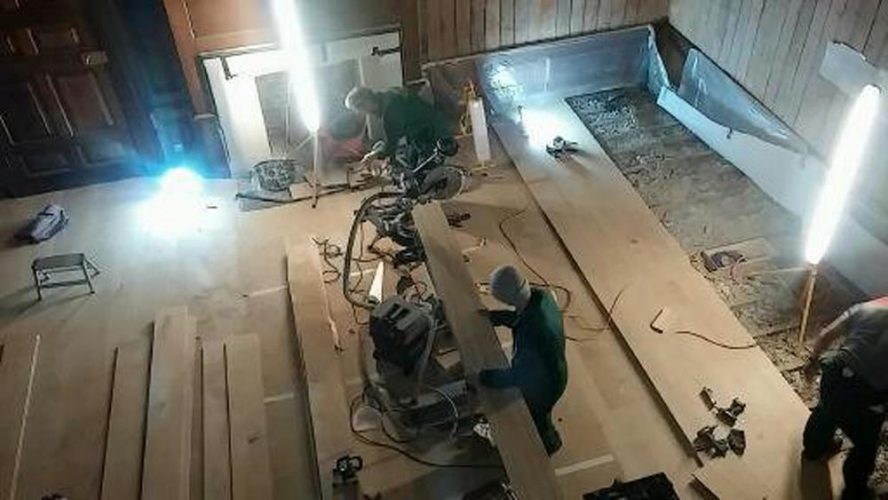 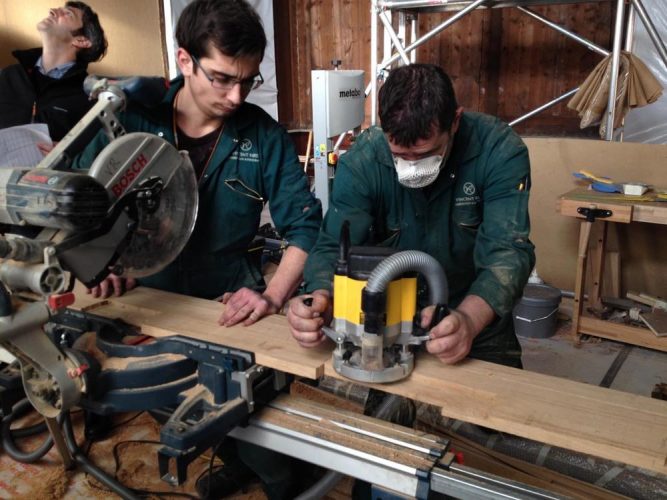 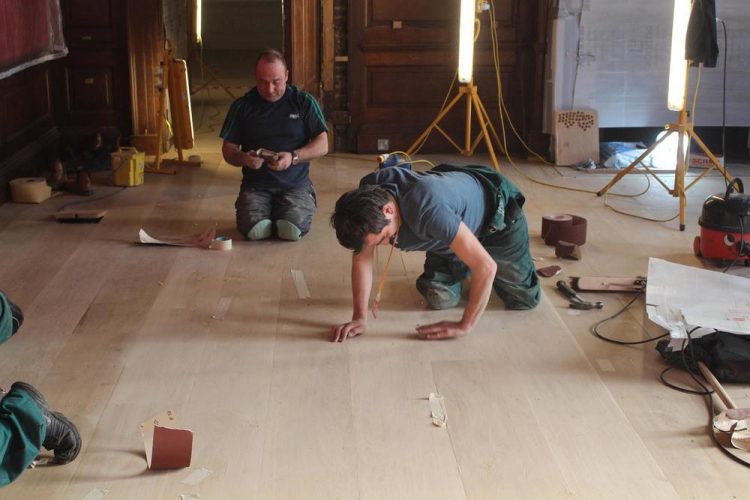 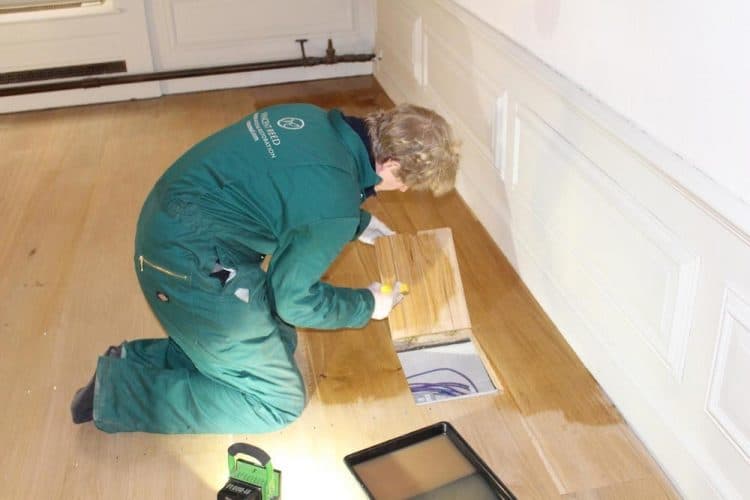 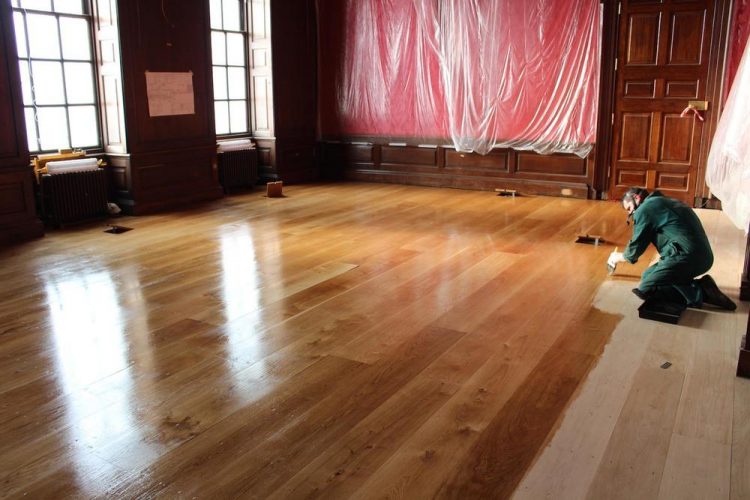 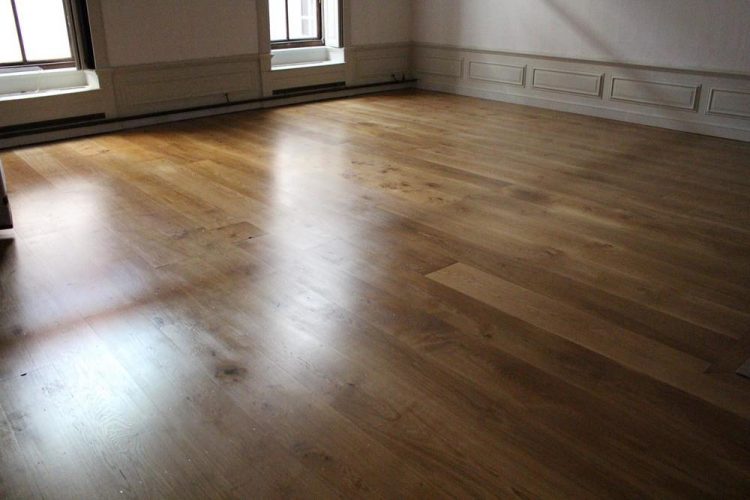 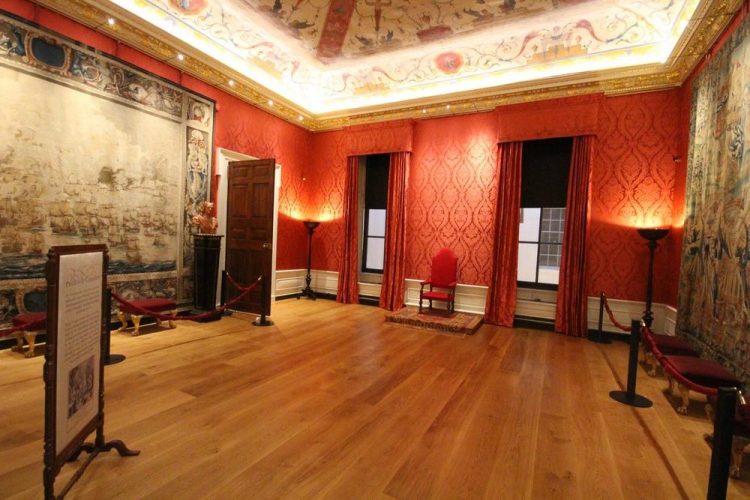 Staying true to historical record in a historic Royal residence

Vincent Reed Ltd was privileged to be awarded the contract to reinstate the solid oak flooring in The Kings State Apartments at Kensington Palace, recreating the original 18th Century Oak floor. Vincent hand selected the boards which were laid traditionally in diminishing widths, fixed using a traditional half lap joint and secured using hand cut nails.

One of the aims of the Palace’s tri-centenary renovation project was to install the kind of floor that would have been in place at the time of George I, with no historical detail overlooked.
With this brief in mind, the architects at Kensington Palace sought advice from Vincent Reed and his knowledge of the period.

A Georgian floor, fit for a Palace

300 years ago, floors in stately homes were often laid with diminishing widths; wider boards in the middle of the room graduating to narrower boards on the outside edge. This gave a pleasing symmetry and more yield of the log.  This was Vincent’s brief for the Privvy and Presence Chambers whose existing floor had been laid in the 1950s.

An old style of floor in modern conditions

For historical accuracy the boards would be fixed using traditional half lap joints and secured using hand cut nails, as glue would damage the original wood joists put down by Sir Christopher Wren. To add to the complexity, the priceless paintings in the rooms could be ruined by dust. The boards would need to be brought to site pre-sanded, a requirement that eliminated many timber suppliers until Vincent found Wests.

Having calculated the dimensions and sourced the timber, Vincent and his team hand selected each board for character, before laying and protecting them onsite.  They were hand finished with a clear oil, as they would have been in Georgian times, applied using 3” brushes.

The newly laid floor is now welcoming visitors to the Palace at a rate of 400,000 pairs of feet per year.

Moisture content in floor boards would not have been a problem in Georgian times when rooms were heated by an open fire. Today however, the absence of glue in combination with the central heating would put the new floor at risk from cupping and splitting.  To counter this, West’s took moisture and humidity readings – from the present day as well as from records for the last ten years – to calculate the wood’s optimal equilibrium rate and determine how long to kiln dry the wood.

Once done, each board was hand picked for character, with Vincent’s guidance on every detail such as the acceptable size of knots and splits.  The next hurdle was getting the boards in before public visitors arrived at 10am. Having enlisted the help of the electricians and staff, the boards were carried to the rooms at speed, without touching any of the priceless artefacts.

The boards were laid and although pre sanded, the footfall in the rooms required extra sanding with sanding blocks to minimise dust and the removal of scratches with a steaming cloth and iron.

Categories: Flooring
Back to all press, media & blog articles