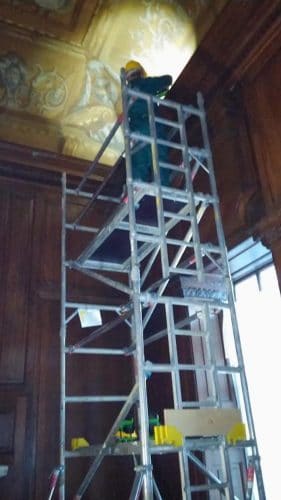 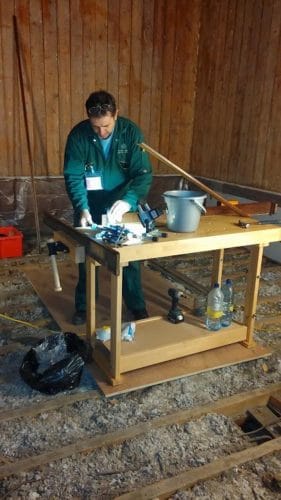 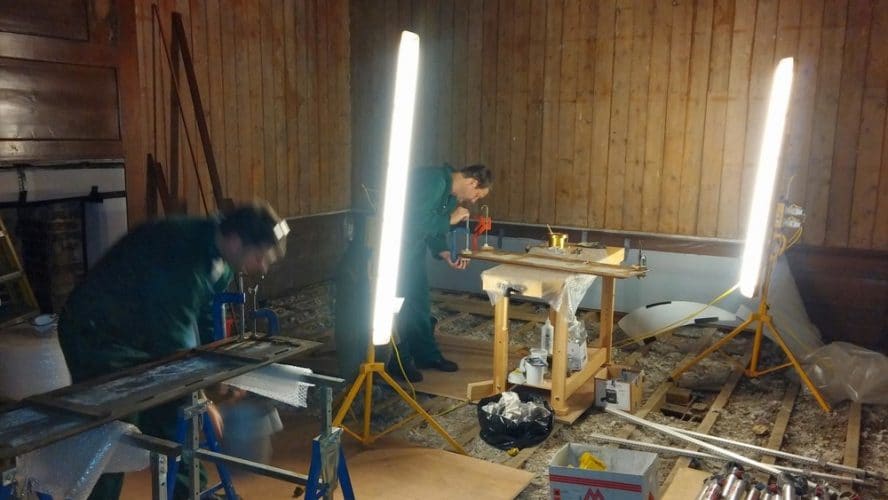 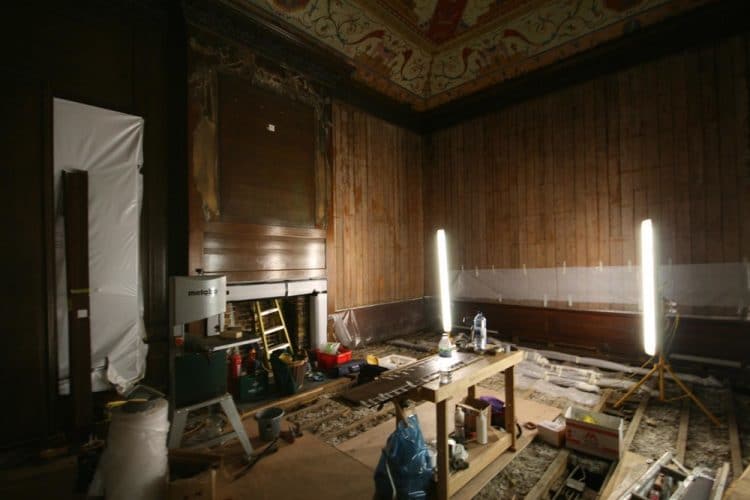 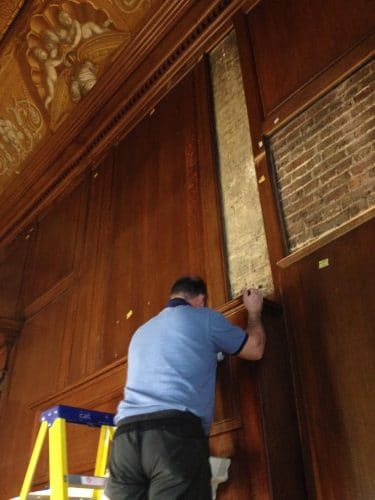 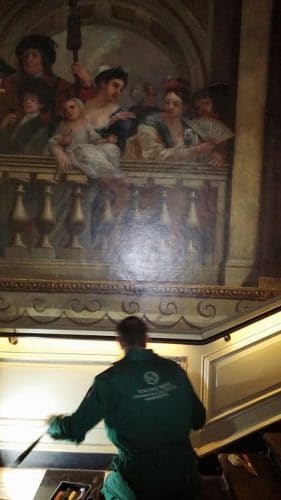 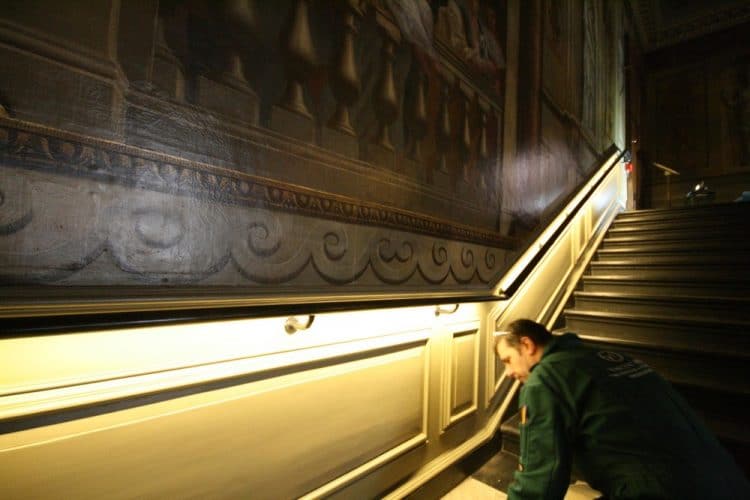 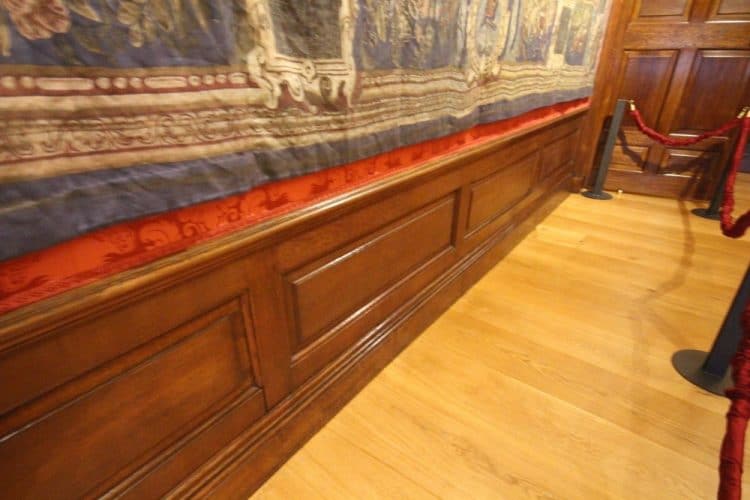 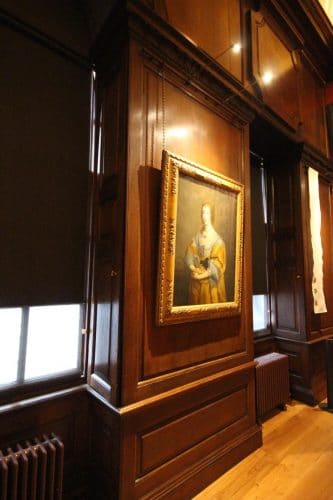 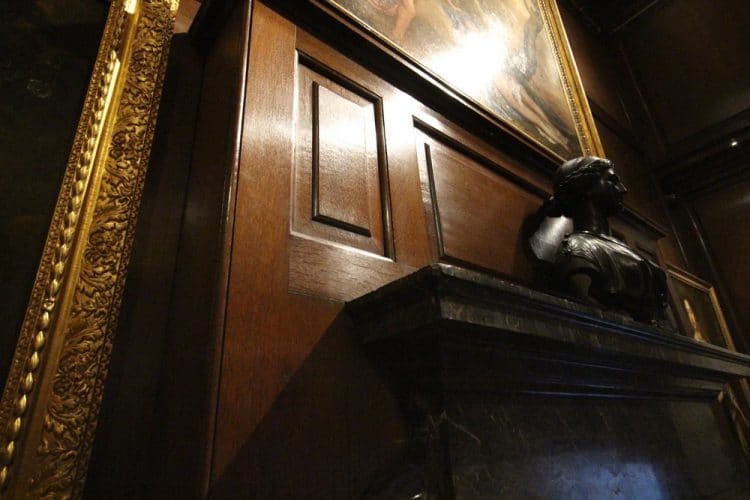 Conservation and restoration of priceless panelling in the royal residence

Conservation and restoration at Kensington Palace, a residence of the Royal Family since the 17th century, continues in tandem with celebrating the tercentenary of the Hanoverian accession.

As part of the project Vincent Reed Ltd was charged with the painstaking and detailed conservation and restoration of the architectural woodwork lining The Grand King’s Staircase and the original priceless panelling in The Presence Chamber and The Privy Chamber which was designed and installed by Sir Christopher Wren.  Click here to read the Evening Standard article.

Vincent Reed was commissioned to restore the wood wall panelling in the Kings Apartments which had suffered bowing and tearing over the years. As a result, he temporarily removed rare Wren panelling, revealing walls that had not seen the light of day for over 300 years.

As part of the tri-centenary project, the architects at Kensington Palace wished to restore the priceless original panelling in the Privy Chamber, Presence Chamber and Grand Kings Staircase.

Vincent and his team undertook a painstaking and detailed conservation of the antique oak panels, repairing cracks and splits and correcting bowing.  Some panels were stained before being polished and refitted, while in the Presence Chamber, Vincent readied the panels for a coat of white paint; a fashionable style at the time of George I.

To restore the Grand Kings Staircase, Vincent’s team carefully removed the very large original Wren panelling from the staircase; revealing walls that had last been exposed 300 years ago. Behind them were the remains of old fashioned servants’ bells and pulleys.

An additional part of the job was to redesign the lighting fittings that were attached to the cornices above the panels. The Presence and Privy Chambers had archaic lights to illuminate the ceiling which were being rewired. Vincent designed a new system of attaching the lights to the cornice which took into account the different lengths and the lack of brackets. The design ensured that new lights could be installed that would not damage the walls or the panelling.