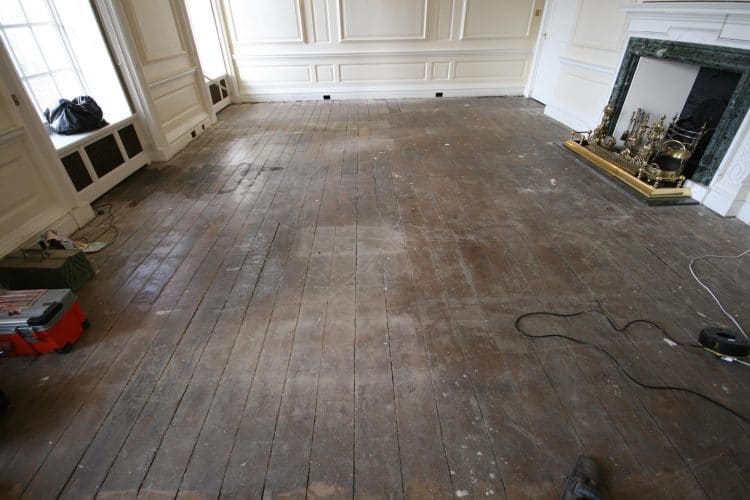 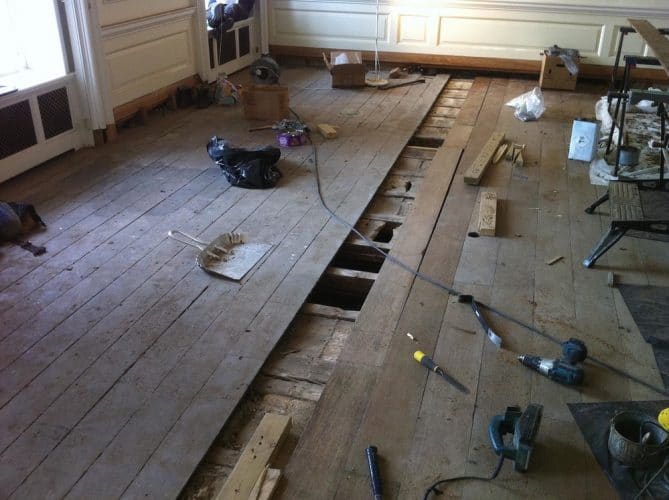 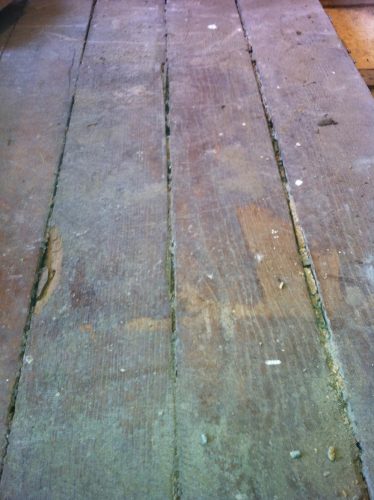 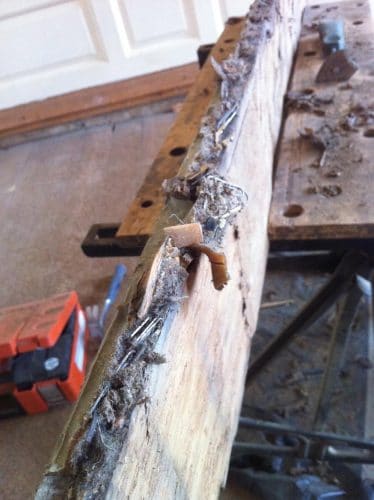 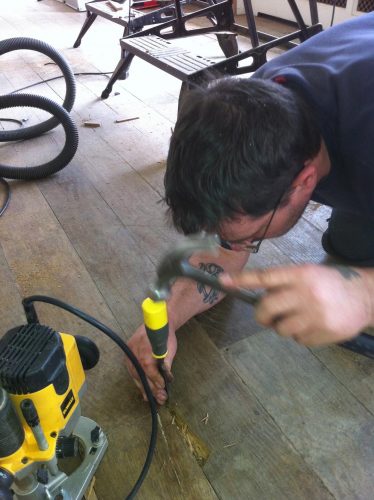 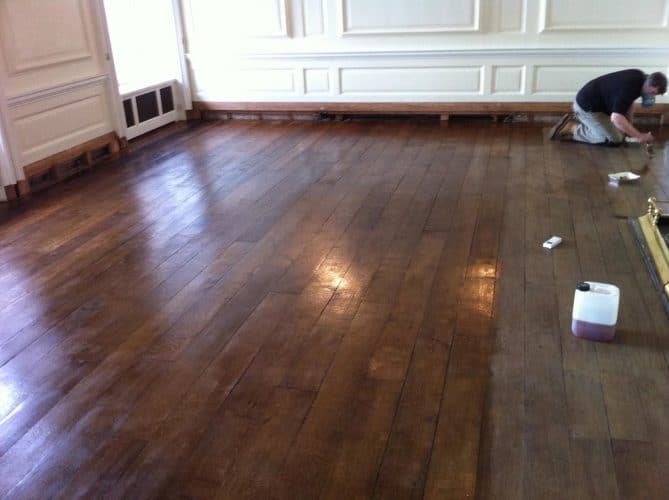 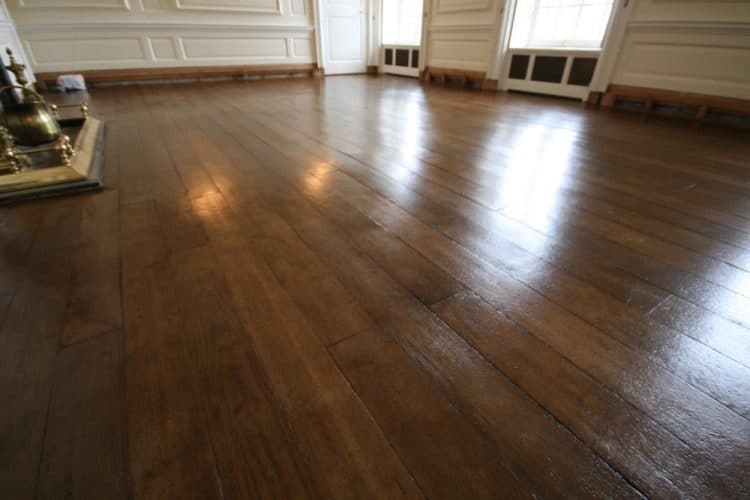 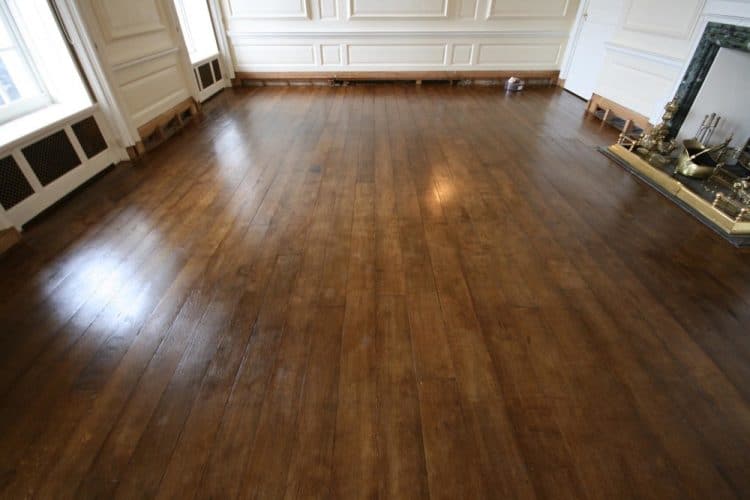 This impressive late 18th Century Country Manor House in East Sussex boasted a fantastic 18th Century oak floor that had never been sanded or refinished.  The floorboards had contracted leaving unsightly gaps across the width of the room. Each floorboard was lifted, planed by hand and relaid in sequence. The floor was then refinished by hand maintaining the historic character and patination.

This Manor House in Sussex was built in 1792. It is reputed to be the finest sandstone house in Sussex and is open to the public all year round. Vincent Reed was commissioned to restore the Georgian oak floor in the property.

Restoring floorboards at the Manor was never part of Vincent’s original brief. While on the premises to work on a joinery project, he was asked by the owners to take a look at floorboards which were due to be ripped up by the builders and thrown away.

The floor was rough and coated in a substance that had been used to fit carpet. It seemed worthless. Vincent cleaned back a sample and identified an original oak floor, put down in the 1790s; a precious architectural feature.

Following this revelation, Vincent was asked to fully restore the oak floor. It had been damaged by the Manor’s central heating in the mid 20th Century which had caused the boards to contract leaving big gaps between them. Over the years these had been filled with silicon.

Vincent and his team had to lift the entire floor up, meticulously remove the silicon which had stuck to every board, and carefully re-lay the boards so that they fit snugly side by side. This left a gap on one side of the room which Vincent and his team filled with reclaimed flooring that was carefully matched, hand sanded and hand finished to replicate the original.

The history of a house revealed

One of the hardest parts of the process was cleaning every board to remove the silicon. Stuck into this substance was the detritus of life dating 80 years, including old confectionary wrappers priced at 1d!

As he was working Vincent noticed lots of what looked like stiletto marks in every board, much more than you would usually expect.

Categories: Flooring
Back to all press, media & blog articles