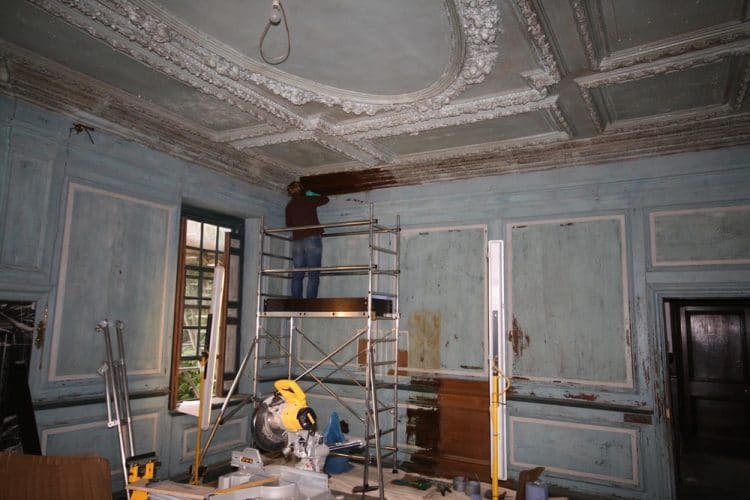 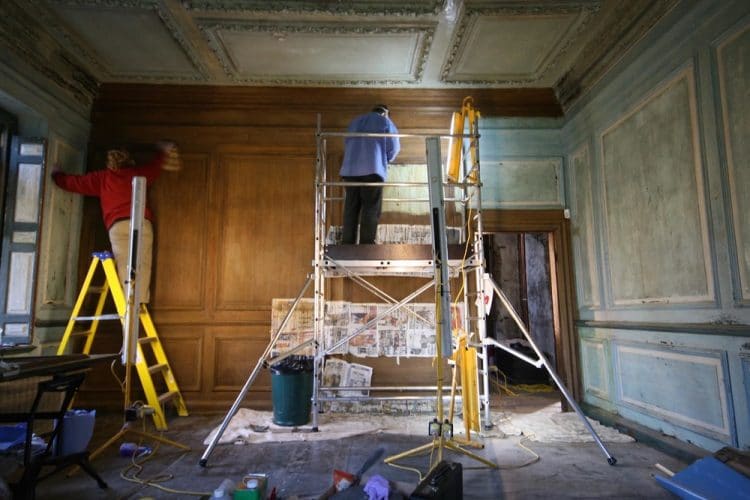 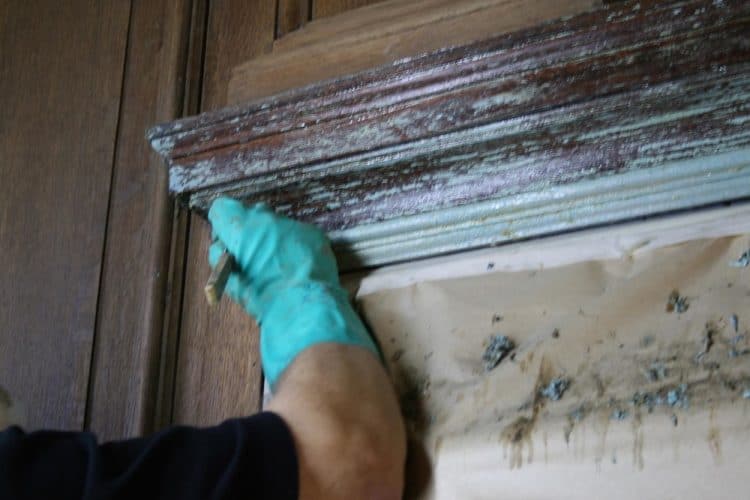 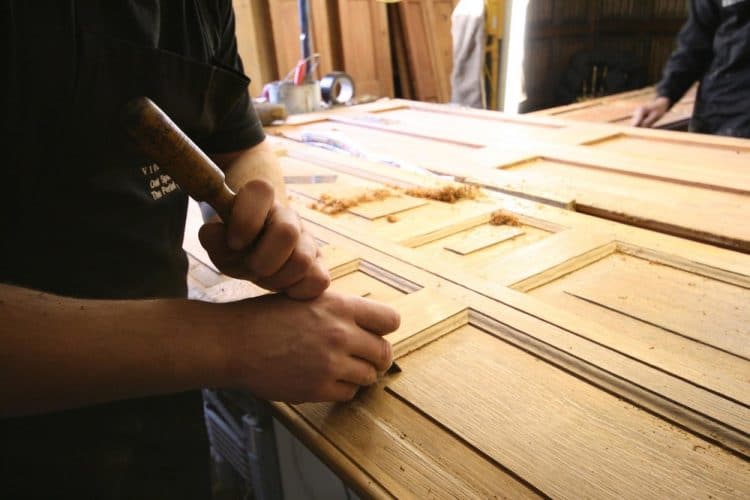 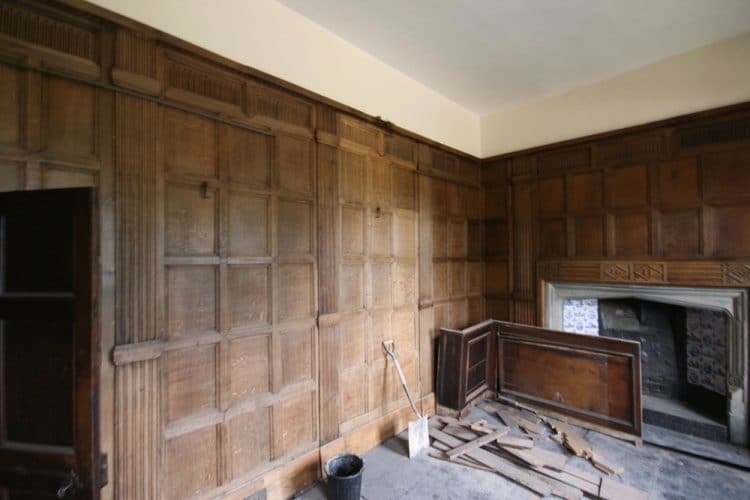 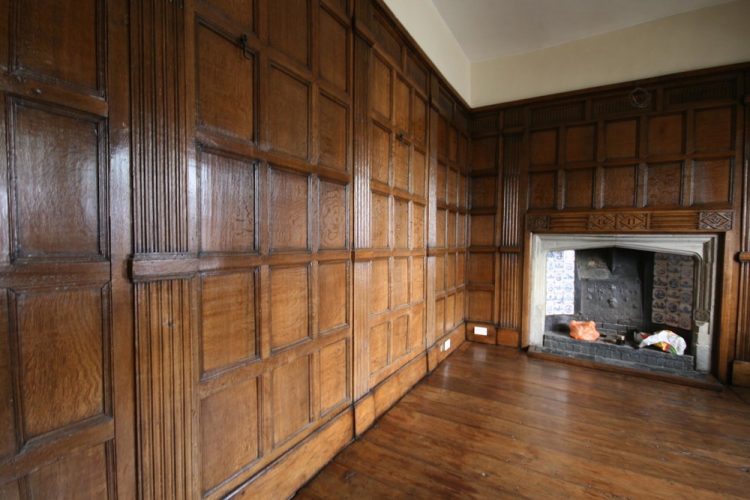 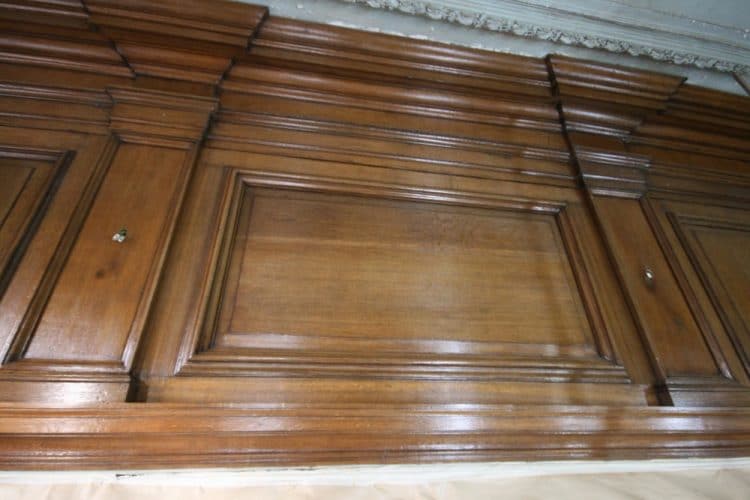 The setting for the Bennett family in the more recent remake of Jane Austen’s Pride and Prejudice, Groombridge Place is located near Tunbridge Wells in Kent and is one of the last remaining Grade I Listed 17th Century moated Manor Houses in the country.

Built by John Packer in 1661, it is believed that the drawing room may have been designed by Sir Christopher Wren – a friend of the owner.  Vincent Reed was asked to restore the rare oak Bolection panelling in this room.

Historic conservation and a hint of Wren

Groombridge Place is a fascinating historical lesson. The moat, iron hinges and heavy locks reveal something of the turbulence of the 1660s following Commonwealth rule. Inside, the drawing room presents an enigma. It contains one of the earliest types of Bolection wood wall panelling. Dating back to 40 years before one would expect to see such a design outside London, it supports the theory that famed London architect Sir Christopher Wren may have designed and installed it himself.

During the 1920s this rare oak panelling had been painted blue. Vincent Reed was tasked with restoring it back to the original clear finish, as seen in a photo from A Country Life magazine in 1910.

The first task was to remove the paint without damaging the wood and its patina underneath. Vincent used an eco friendly varnish remover which allowed him to remove paint gently and in layers to control how much came off.

After stripping paint from the surface, he found it had saturated the very grain of the oak. Vincent and his team tackled the 70 square meters of panelling, 6 inch squares at a time using fine copper brushers to extract the paint from the grain. It was then ready for the clear polish, leaving the panelling its gorgeous aged oak colour. 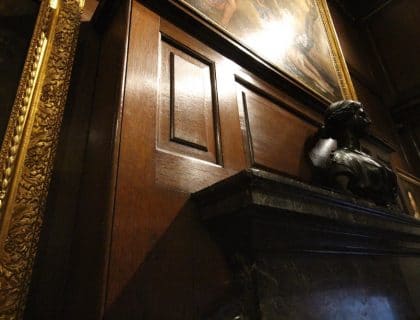