The ancient oak forests of old England hold a special place in British hearts. The Christmas Yule Log was originally an oak log decorated with mistletoe and holly. Our ancestors carried acorns for good luck and to ward off illness. The ancient Greeks, Romans, Celts and Druids all thought the oak tree had magical powers. Roman soldiers even wore oak leaf crowns when celebrating victory.

Many of these trees are truly ancient growths, such as Gloucester’s highly celebrated ‘Newland Oak’, the Winchester ‘Conqueror’, New Forest’s ‘Knightwood’, Bristol’s ‘Domesday’ and the Burnham ‘Druid’ oaks, which dwarf the human life span into insignificance.

Various timber species were used for construction in medieval England. Oak, elm, sweet chestnut, poplar and the many varieties of fruitwood appear in building accounts from the reign of Henry III. Oak has survived in our medieval buildings to a greater extent than any other timber. It was, and remains, the most popular native hardwood used for the construction of timber frame buildings in England. Perhaps this is because Oak happens to be one of the most durable natural materials ever used in construction and extremely difficult to destroy. Think back to images you may have seen of fire-gutted oak-framed buildings with nothing remaining other than charred mainframe timbers. 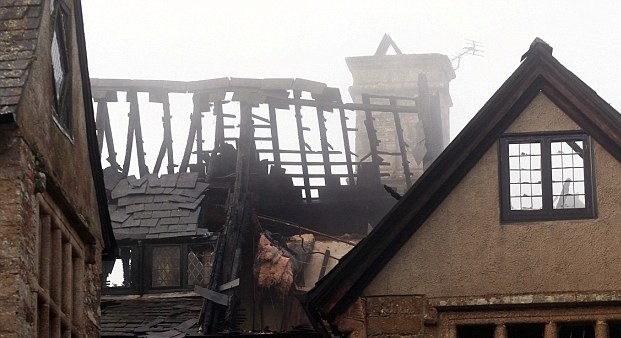 Surviving Oak roof structure of Sydenham House, Devon after the fire in 2012

Surviving Oak roof structure of Sydenham House, Devon after the fire in 2012

The construction of our period cottages using oak could be compared to our modern day “prefab” buildings. Not in the sense of mass production but rather that the frames were most often assembled off site, in a framing yard. As there were many individual pieces, all were given a carpenter’s assembly mark, mostly based on the Roman numeral system. Early wood worker’s marks would be made with a race knife, but later gouges formed with a chisel became common. Today these marks are still clearly visible on the tie beams, bressumer, post, truss and braces of most old oak structures. 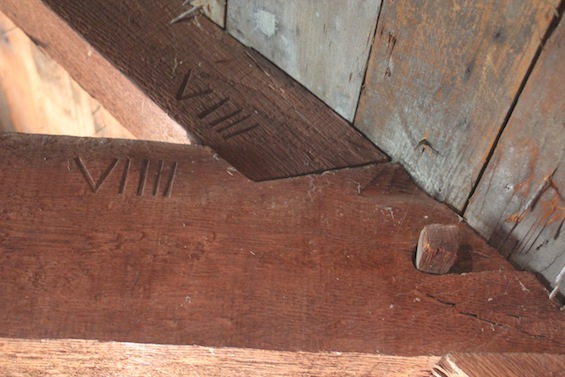 The late 15th century saw the introduction of using oak for wall panelling. This was initially due to the excellent insulation properties and the necessity to protect home owners from nasty draughts and the cold. More ornate panelling was then developed throughout the centuries through the Stuart, Georgian and Victorian periods. Boiseries Panelling (intricately carved wood panelling) was popular in France in the 17th and 18th centuries; the Palace of Versailles has many fine examples.

According to “THE ELEMENTS OF STYLE” encyclopaedia, as late as 1625 the ground floor of most European houses still lacked a wooden floor. Most houses had a beaten earth floor that required visitors to wipe their shoes on an entry mat to prevent this natural floor from getting muddy or dusty depending on the weather. The second floor, if you could afford one, had wooden joists and plank flooring. These early floorboards of the 15th and 16th centuries were generally of oak and in widths of up to 18 inches; they were produced by laboriously splitting, axing or hand sawing the timber into planks, which were then nailed or pegged to joists. Inevitably the widths and thicknesses of these boards varied enormously, so they had to be trimmed or packed up underneath to make the floor level.

Hardwood has always been preferred for flooring because it is denser and more durable. In the 17th century, elm boards were common but, as these became less readily available, cheaper softwoods such as pine were used. During Georgian and Victorian times these ‘inferior’ boards were invariably hidden either by ‘Turkey’ carpets or by being painted to resemble hardwoods.

Machines were introduced in the 1790s to plane timber, but it was not until the 1830s that consistency in production was achieved with the advent of steam-powered mechanical saws. It was around this time that tongue-and-groove boards began to appear — enabling them to be slotted together and invisibly nailed. In grander rooms and hallways, parquet flooring was popular with the Victorians and, although it was relatively expensive, it remained prevalent until the 1930s. 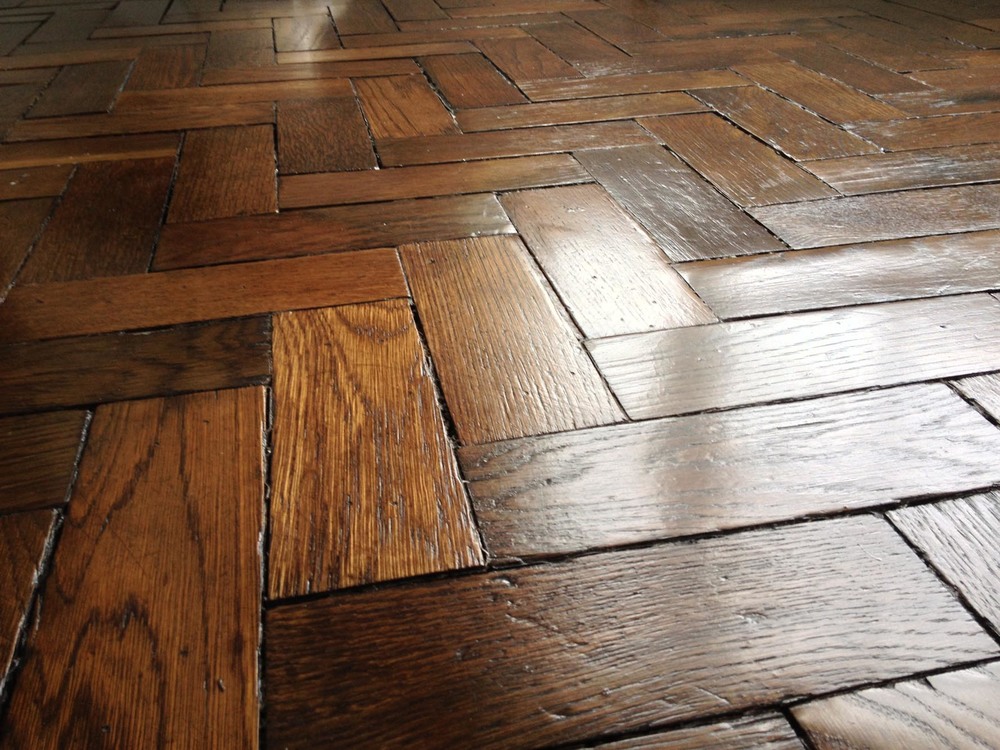