Latest News: Restoring the Panelling in the King’s Drawing Room

The King’s Drawing Room is part of the King’s State Apartments, commissioned by King George I and created by William Kent with work on this, The Privy Chamber and The Cupola Room, beginning in 1722 until 1727.  King George I held parties, attended by courtiers longing for the change to meet the king and take positions of power and influence, in the King’s Drawing Room. The king would rise from his adjoining bedchamber to meet with a select few of his guests; only the most privileged would be invited into meet with His Majesty. The room was opened up to “suitably dressed visitors” at 10pm several times a week. It was here also that Queen Ann loved to gamble at cards. Courtiers would risk their fortunes playing games like whist and quadrille here.

Following the protection of the flooring and grand marble fireplace our team at Kensington Palace turned their attention to the wood panelled East Elevation. During an extensive survey undertaken by Vincent Reed in January 2016, this particular elevation was identified as being in the worst condition. A large visible crack through the middle of one of the largest centre panels at eye level was most noticeable however further up the elevation more problems were identified. The centre archway was found to be loose, a concern that had confirmed the work must be undertaken as soon as possible.

The first to be removed from the elevation was the intricately carved lunette. This was carefully removed in four parts as each section was released from the ground work attaching it to the wall. Each piece of the arch was cleaned using only warm water and ends were repaired using new oak. It is important for Vincent that conditioned oak is used for any repairs. 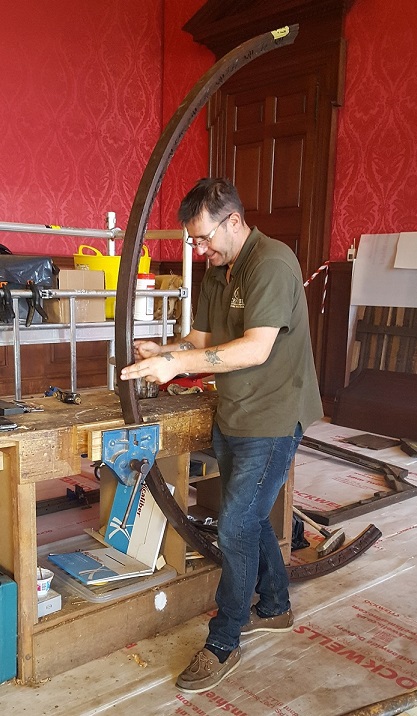 Mark, one of our team, removing old glue from a section of the Lunette

Mark, one of our team, removing old glue from a section of the Lunette

The central pediment above the arch was in worse condition than originally suspected. During the removal it was clear the pediment was no longer in one fixed piece. Several pieces came off as it was loosened from its fixings. Once on the ground the team swiftly put this 300-year-old jigsaw back together and it was glued back to how it was originally, using animal glue. The use of animal glue allows for all repairs to be reversible, even in years to come. 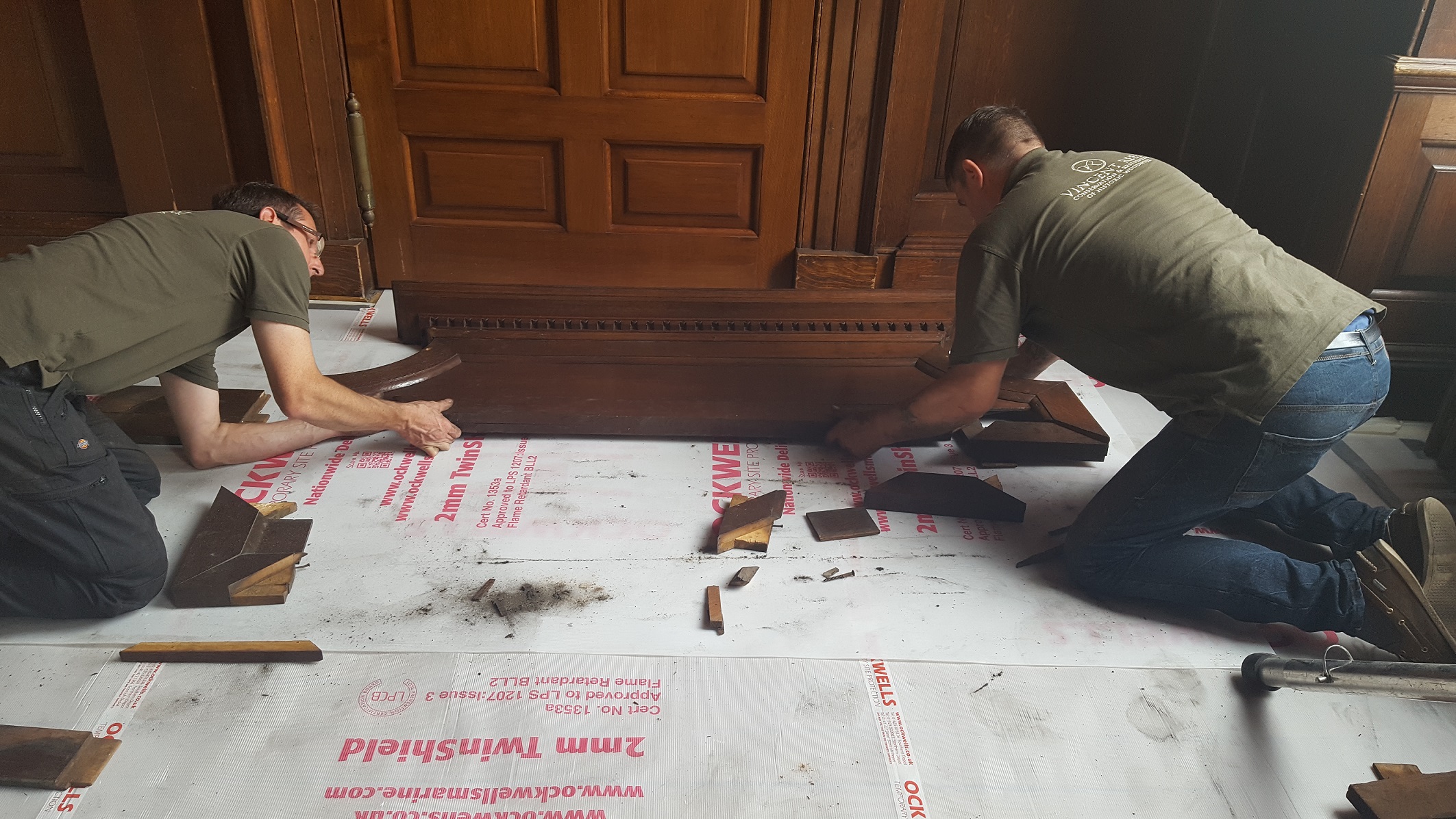 On either side of the arch the larger panels had to be removed, four in total. Although heavy and more difficult to remove due to their size, the panels were removed quickly and once on the ground our team were able to see the work that was needed. The surprise came when we discovered how thin the panels were. This could not be due to a lack of funding for thicker more robust pieces of wood, could it perhaps have something to do with the weight of the panels? Most of the hessian joining the wood together on each panel had failed and the edges of the panels were broken and chipped. Each panel needed new hessian strips to join them together again and patches using conditioned oak to repair the fragile edges. 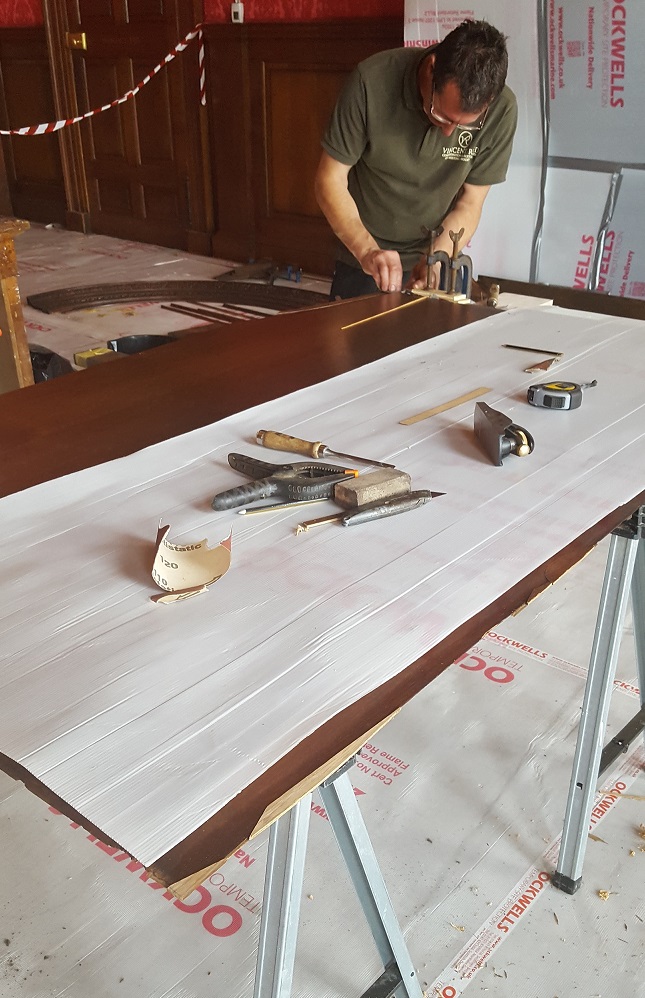 Our team member, David, repairing one of the large panels

Our team member, David, repairing one of the large panels