Over the past seven weeks we have been conserving and repairing the panelling on the east elevation of the King’s Drawing Room at Kensington Palace. If you have been following our blog posts, Twitter, Instagram or YouTube channel, you will have seen the project develop.

Our time at Kensington Palace came to an end on the 28th October 2016 when we wrapped up the project. Once each panel had been repaired they were each set aside until our team had all but the largest panel and the arch from above the central window completed. Over two days these repaired panels were returned to the elevation, starting from the far right we re-attached each panel to its fixed groundwork. The different methods of reattachment depended upon the original construction. 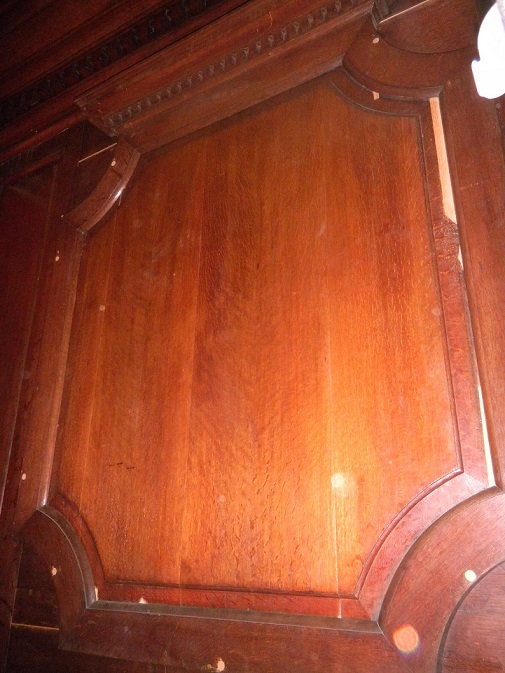 One of the heavier panels with grain plugs not yet coloured

One of the heavier panels with grain plugs not yet coloured

Two of the panels were pinned back into place using the original beading to allow the panels to have slight horizontal movement, as was originally intended. The other two panels were extremely heavy and so had to be more securely attached. The panels had been previously screwed to the groundwork and so it was decided to reuse these screw holes and then cover with new grain plugs. This way we could be sure the weight of the panels was supported and attached securely.

When the arch was taken down at the beginning of the project our team decided that they would create a template of the original shape, this was in case of any movement while being repaired. As it happened when the final check was made and the arch lined up with the template, there had been no movement thanks to our team’s diligence and the arch slid back nicely into place about the window. 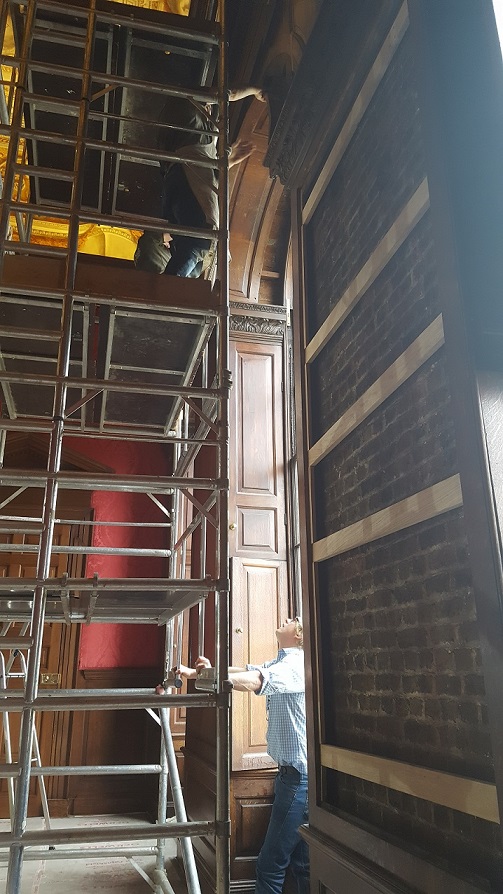 Sliding the arch back into place

Sliding the arch back into place

Once the last and largest panel has been put back up, using its beading like the method used on previous panels, our team had to wax, polish and colour (where needed) the whole of the east elevation. Using stripped pine wax and plenty of elbow grease our team waxed the entire elevation from the very top of the cornice down to the skirting boards.

It has taken 7 weeks and we’re exceptionally proud of the work we’ve undertaken in the King’s Drawing Room. It is a bitter sweet goodbye that we bid to Kensington Palace, seeing the sun rise over the Queen Victoria statue every morning will be missed. However, our work at Kensington is not finished yet and we look forward to returning for the next stages of the ongoing restoration project Historic Royal Palaces is undertaking. 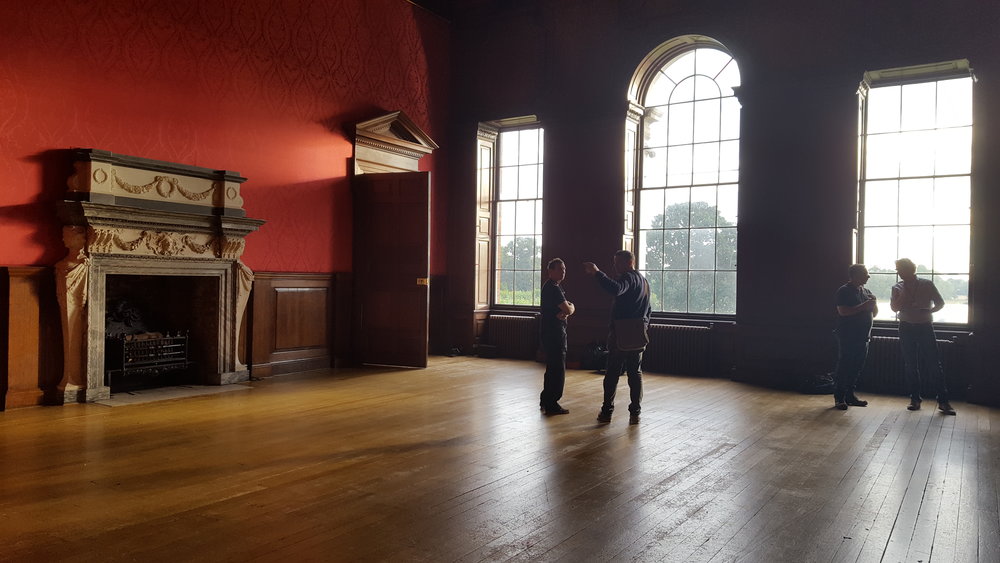 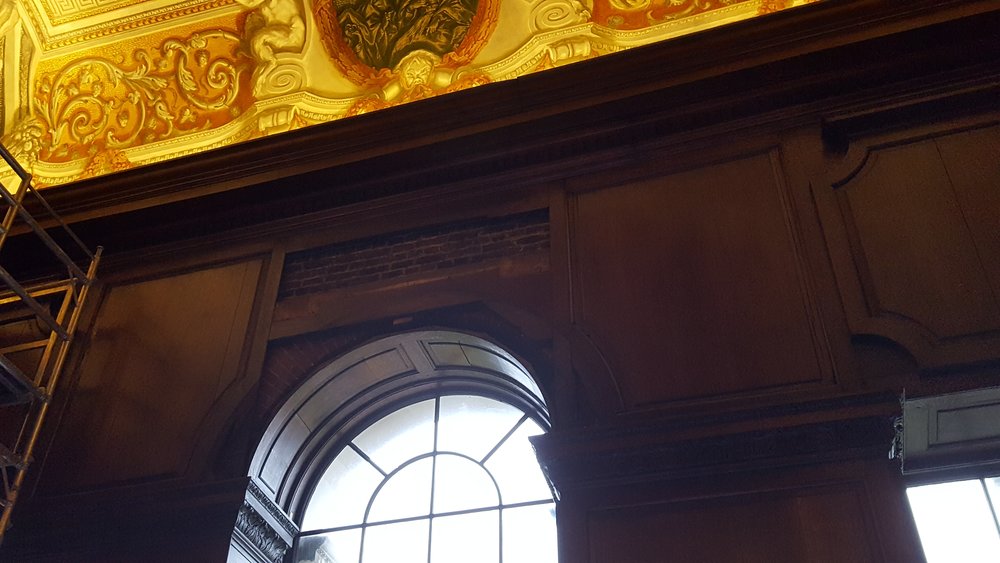 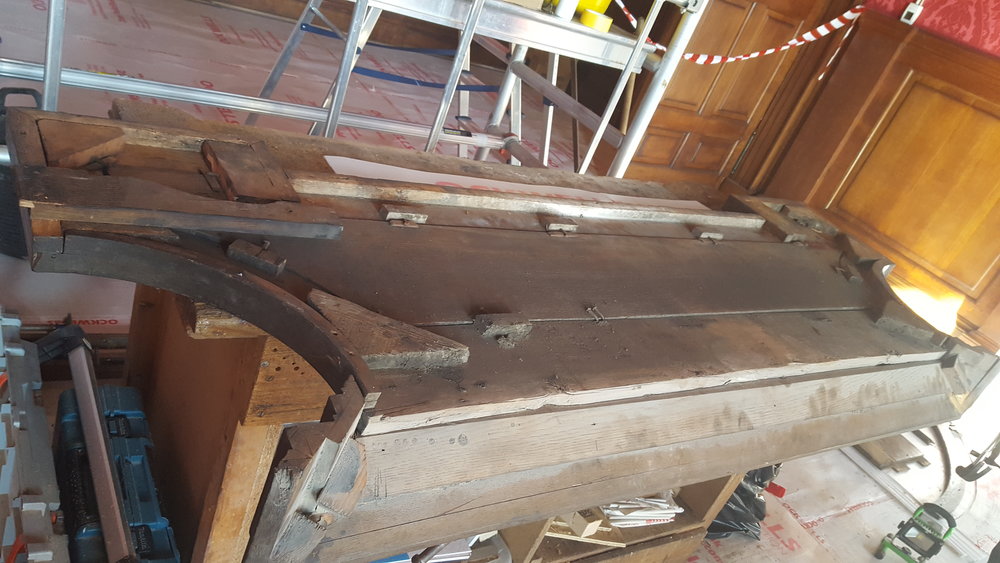 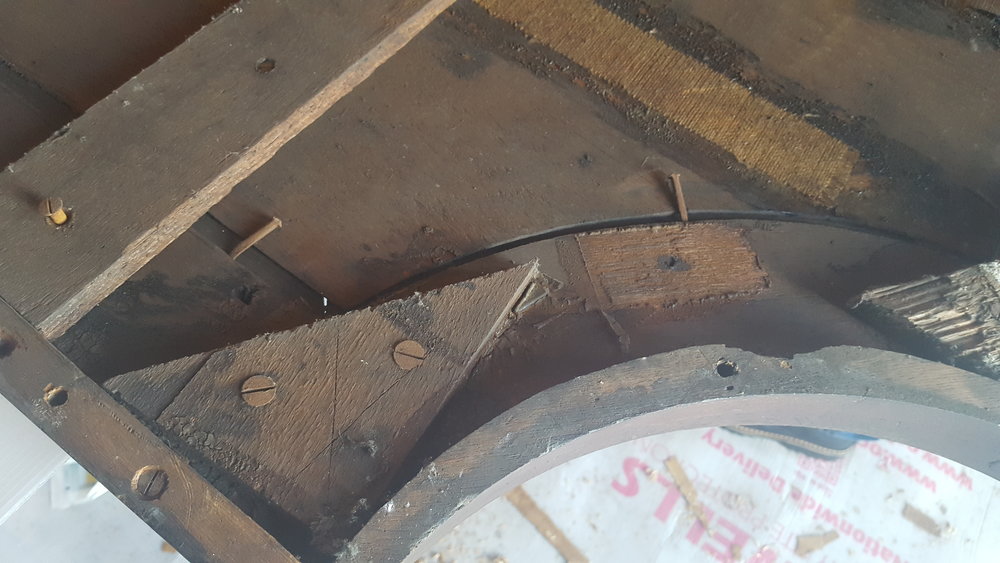 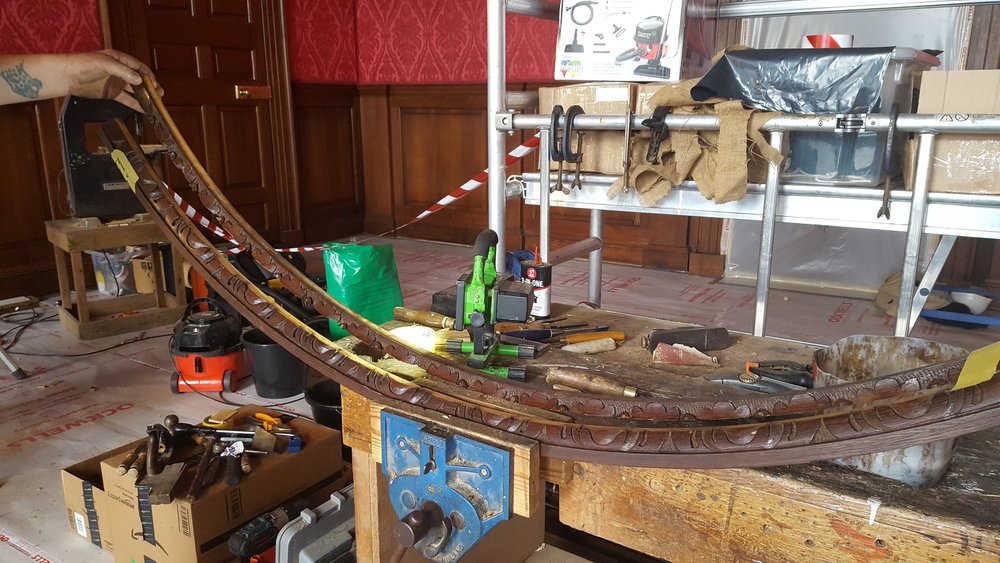 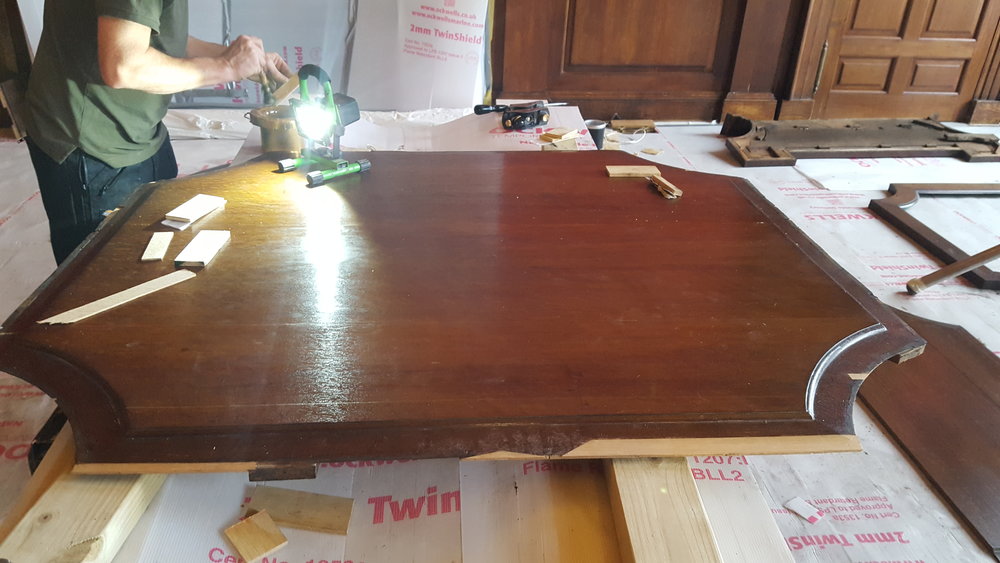 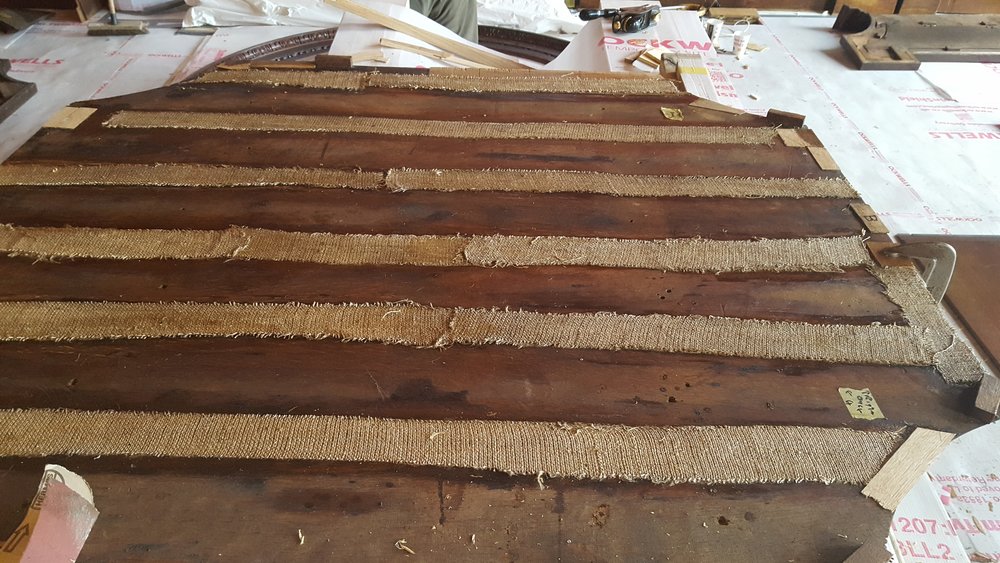 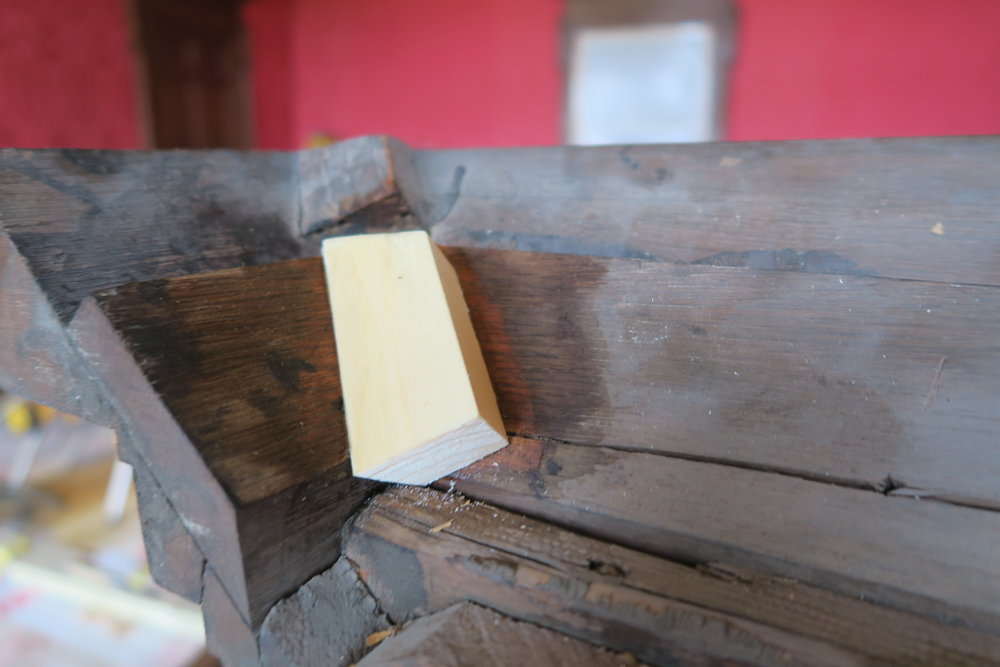 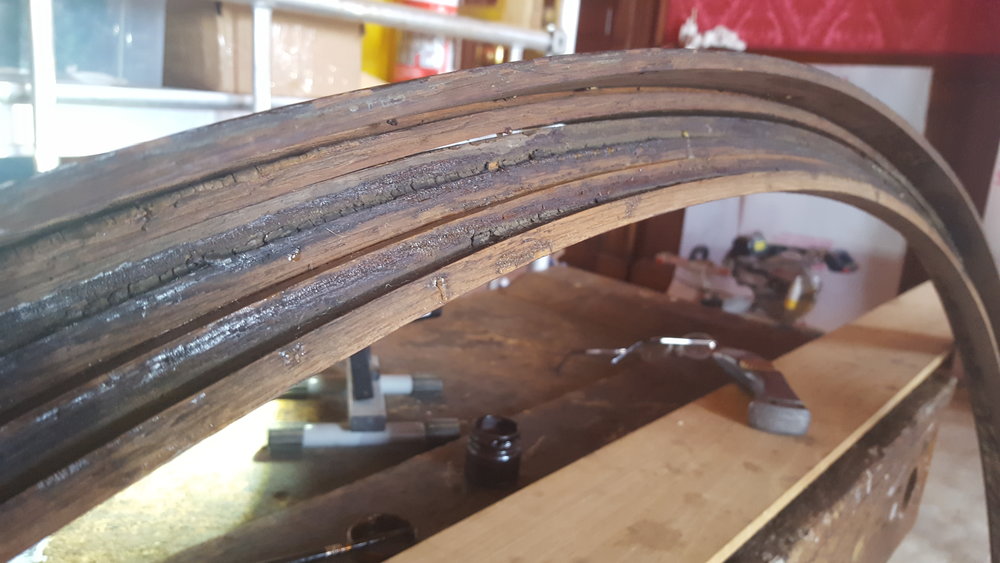 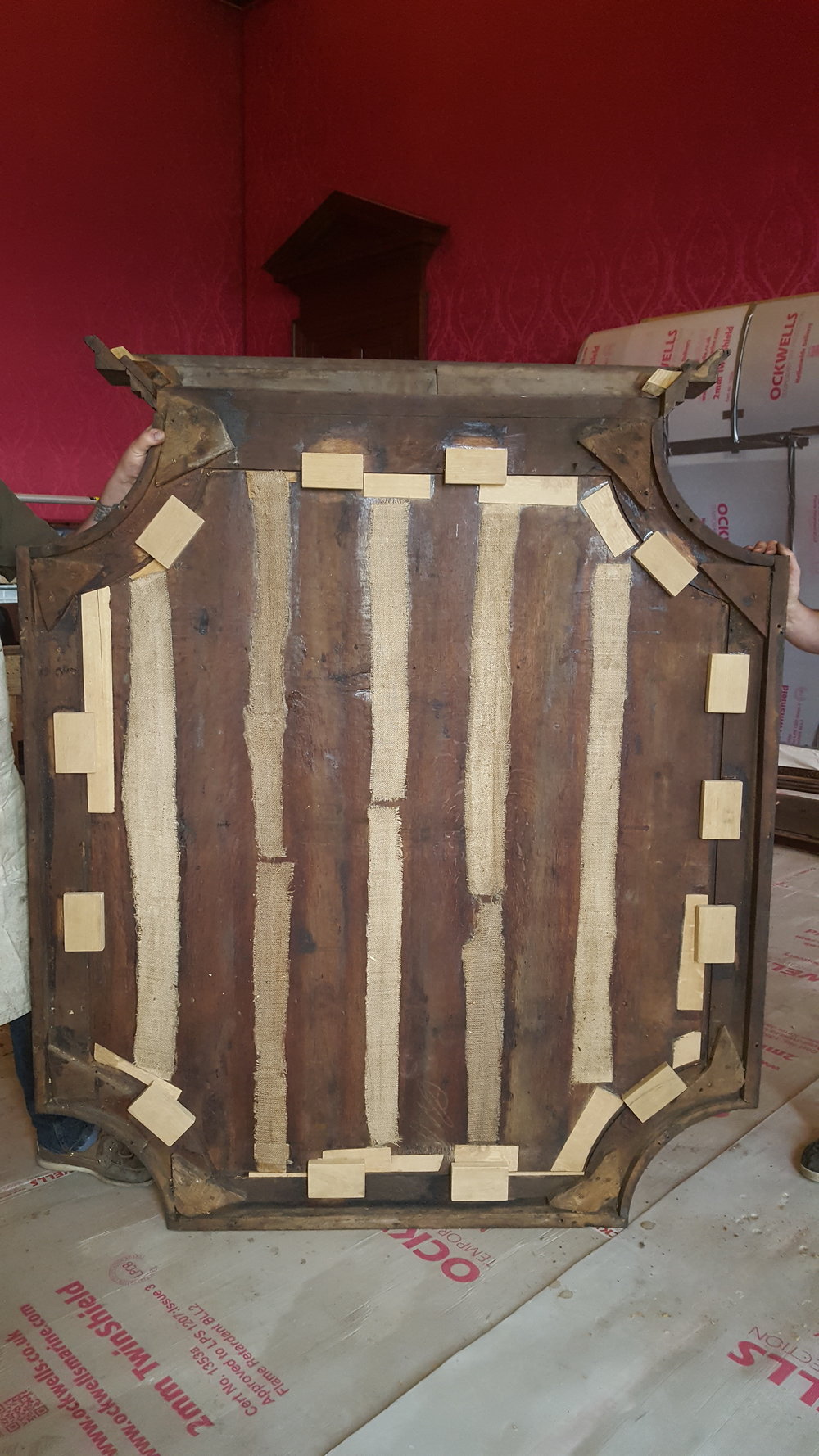 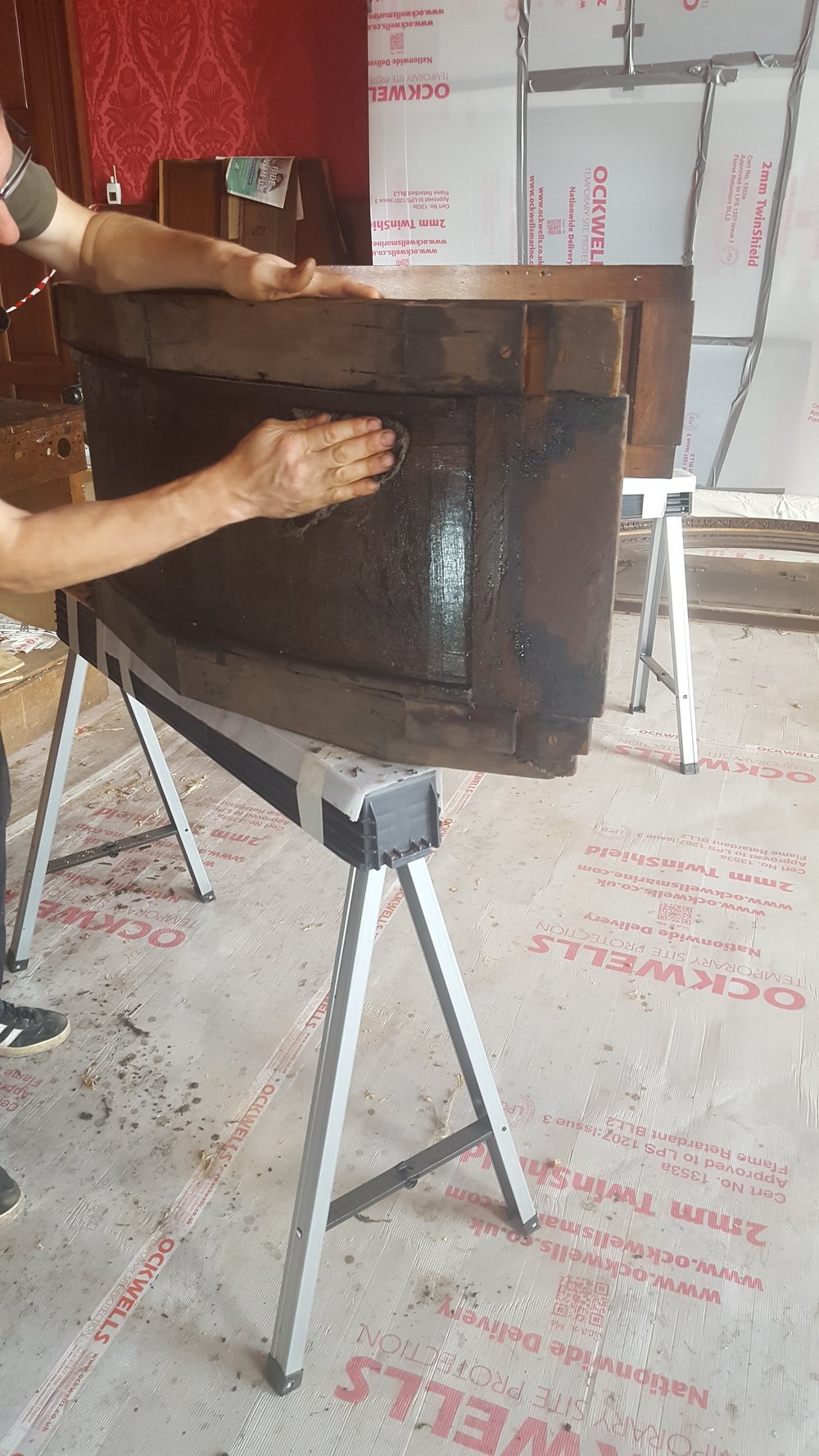 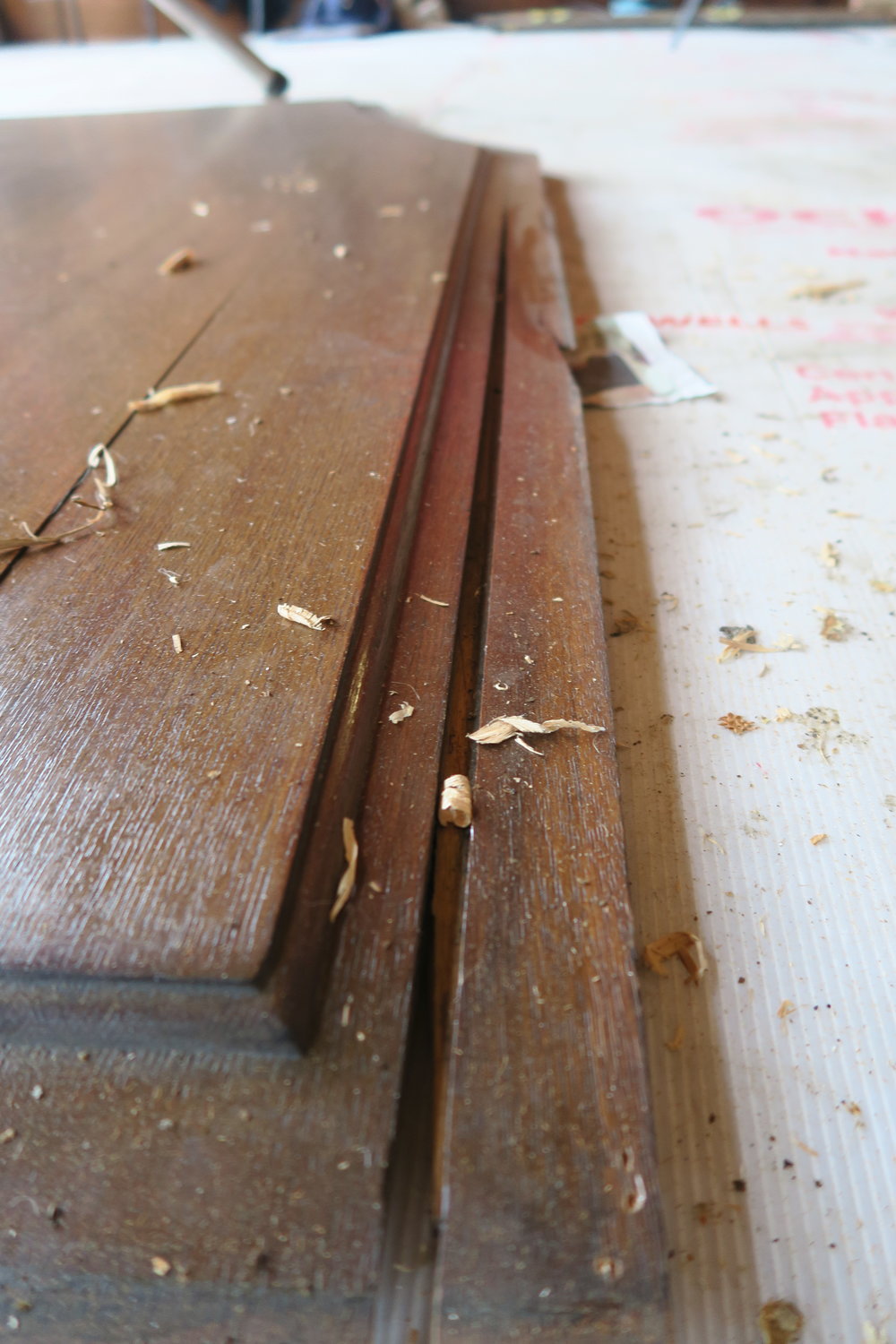 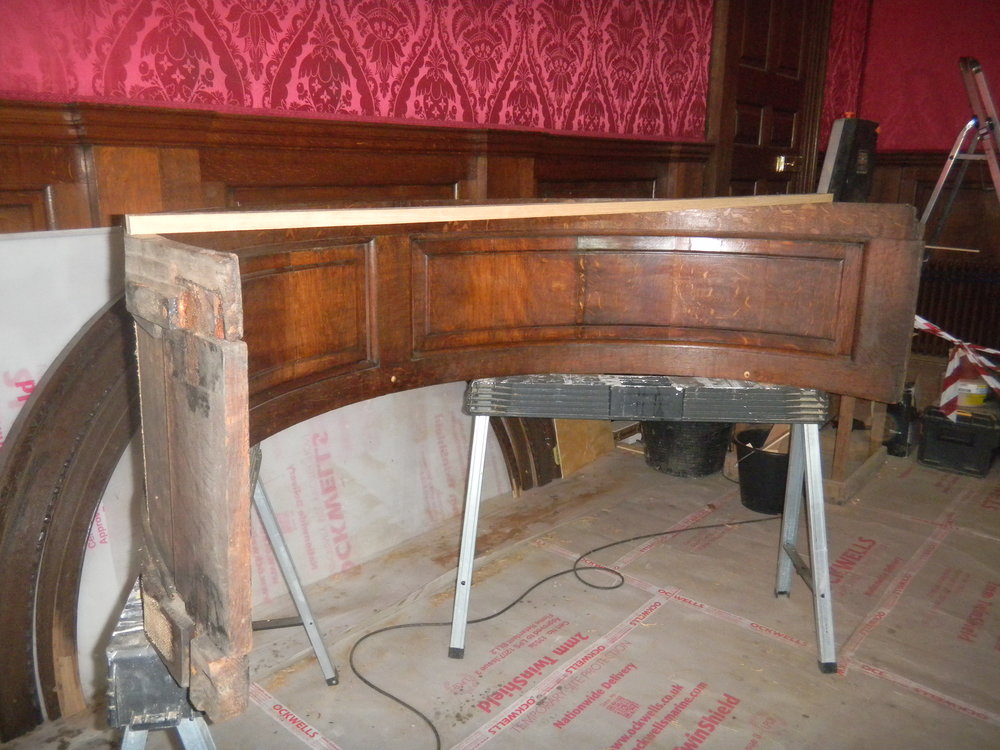 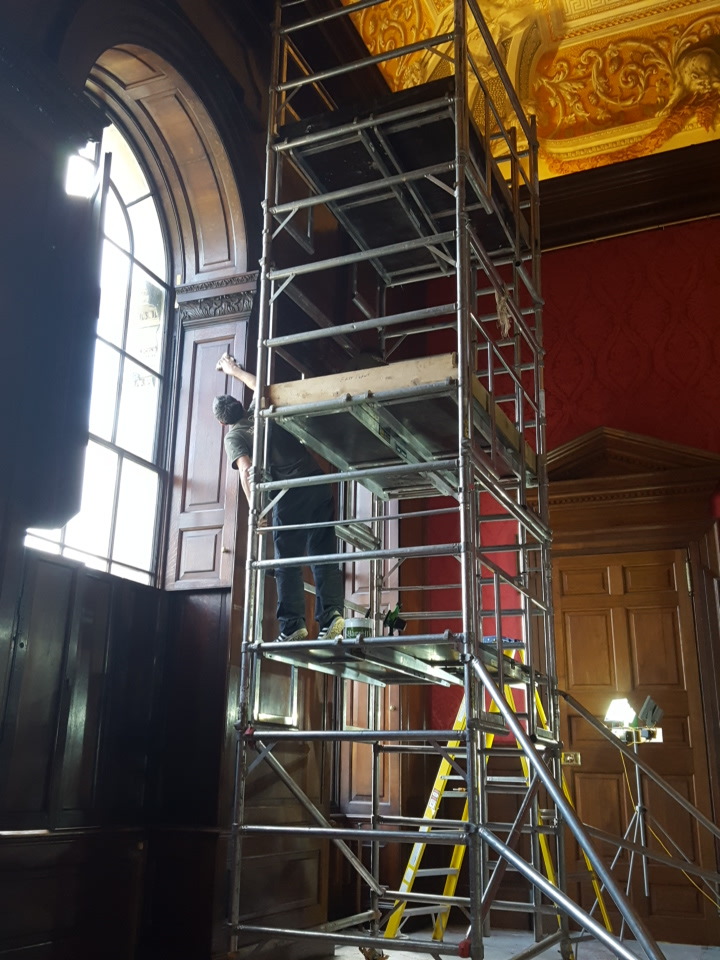 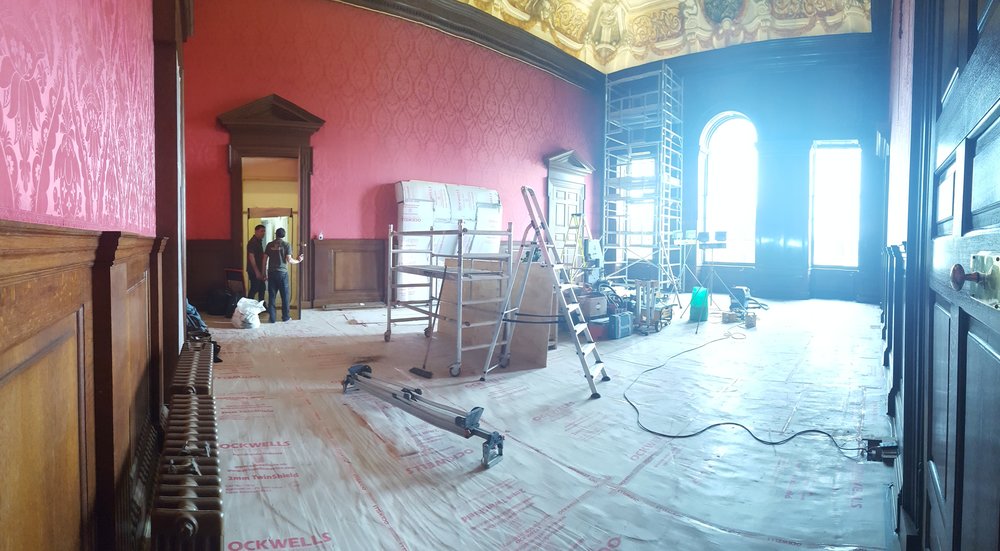