The Tudor period can be seen as a turning point in British domestic architecture. Fashionable building gradually moved away from the styles and tastes of medieval building towards more sophisticated structures with classicised decoration. The discovery of the new world, and adventurous sea captains, spread wealth to new areas of society i.e the middle class and merchant sailors. This, combined with the invention of printing by William Caxton in 1477, helped spread the knowledge and fashion of oak panelling in the Renaissance movement from Italy through western Europe to Britain.

During the Tudor period the number of country estates and manor houses increased dramatically, not just built by the nobility but also by smaller land owners and prosperous merchants. With peace more or less established, homes became about comfort, not fortification, and early Tudor homes represented the first vernacular style of house building in this country.

The type of panelling in this period comprised of thin boards let into grooves in solid timber uprights and cross members. The boards were generally of oak, measuring no more than 24 inches square and split as thin as possible. Carved decoration was popular; early in the 16th century a linenfold pattern was fashionable. 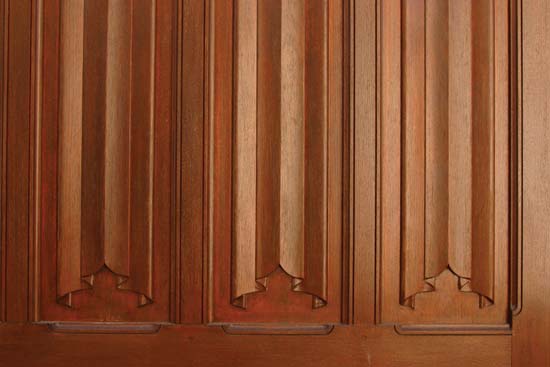 The new nobility many of which had profited from the dissolution of the monasteries, continued their house-building on a scale of increasing magnificence. Although national building traditions were too deeply rooted suddenly to be discarded, a departure from medieval methods was inevitable and a distinctive character was imparted to the early oak panelling design in Renaissance architecture of the Elizabethan and Jacobean periods.

The different foreign influences which contributed to this change can be traced directly from Italy; decorative detail executed by Italians in Henry VIII’s reign had a distinct delicacy and refinement sadly lost in later work. This direct influence from Italy was short lived. By the time of Elizabeth’s accession, the change of religion and lack of employment under Edward VI or Mary had driven Italians from the country. In their place came craftsmen from Germany and the Low Countries.

John Thorpe, Robert Huntingdon Smithson and Thomas Holt were English oak wall panelling designers whose names are associated with the greater Elizabethan and Jacobean houses. They encouraged symmetrical oak panel designs, together with elevation distinguished by strong horizontal line and applied classic “Orders”.  Elaboration of oak panelling details had seldom been carried further than in Elizabethan and Jacobean houses, and gateways, balustrades and even rain-water heads were singled out for display.

The 16th century established its own standard of stateliness and dignity, as well as of comfort and it required that walls, fireplaces, ceilings and staircases should be ornately treated. In oak panelling, the Linenfold gave way to plain panelling in a variety of rectangular shapes, surrounded by mouldings usually “mitred” at the angles. When a richer effect was desired, carved pilasters and friezes and the characteristic strapwork ornament were introduced. Intricate patterns sometimes filled the panels and some use was made of inlaid woods of different colours. 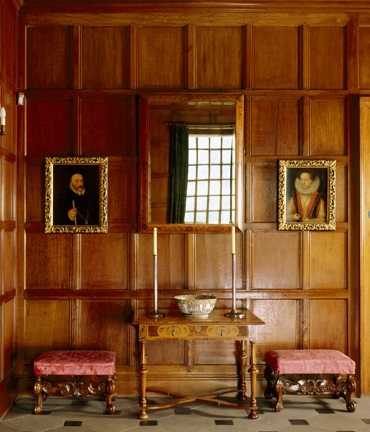 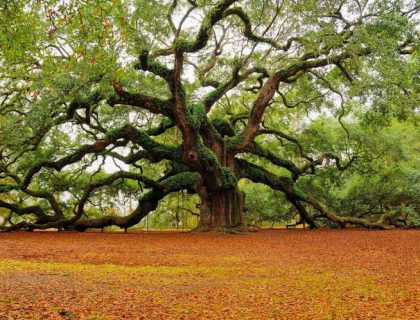 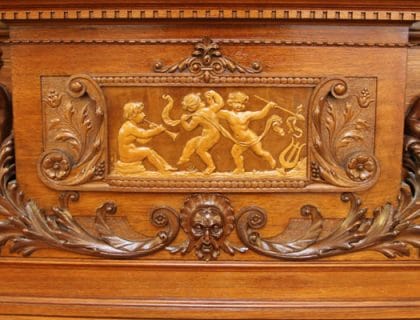 Insight: Decoration and Styles of the 17th century

The 1600s included the deeply carved wood and strongly modelled silver of the Jacobean period. 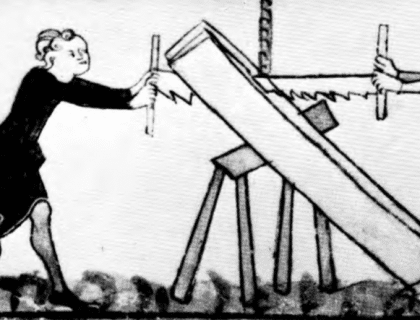 Insight: Evolution of the Saw

Prior to the invention of the sawmill, boards were rived (split) and planed, or more often sawn by...